Graham is a well known sports writer in Wales. He shares with the Eye stories on his other blog at http://www.dai-sport.com
Run for it!

Dan Biggar has claimed Northampton coach Chris Boyd is the best he has ever worked with – putting the New Zealander on top of an impressive list of rivals that would include Warren Gatland, Lyn Jones, Steve Tandy and Jim Mallinder.

The Wales World Cup No.10 will try and guide his Saints side past Leinster today (Saturday) in the Heineken Champions Cup.

Northampton have won both their opening matches so far in Europe and Biggar believes the chances of them inflicting a first defeat of the season on the Irish province are high, thanks to the influence of Boyd,  their former Hurricanes and All Blacks U20 chief.

“He’s by far the best coach I’ve ever been involved with,” Biggar said. “He works you really hard, you know you’re coming into work, there’s not a free day with your feet up. I feel I get better every day in this environment.”

“You just see the way he’s galvanised this squad from a point of, well…some mediocrity, in terms of the size and strength of this squad… ask any of the boys here, there’ll be very little bad to say about Chris.

“There’s always lots of positivity, he calls a spade a spade. He is by far the best I’ve worked with in terms of the whole package.

“I came here looking at something of a ‘project’. It’s not like joining Saracens or Leinster – a team that’s used to winning, where there’s only one way to go, this was a project where I could leave a bit of a stamp on things. I feel I’m a better player and we’re given a real licence to go and be positive.”

Biggar – who left the Ospreys for English rugby 18 months ago – insists his decision to play across the border has improved him as a player.

“If I’m brutally honest it’s a different set-up to what I expected when I signed,” said Biggar, who intends to keep playing for Wales for “as long as possible”.

“I didn’t think I’d come here and learn and improve so much. This place has been a real breath of fresh air to me. I am a better player for it. Every day in this environment I feel I get better.

“But we’re not the best team in the world just because we’ve won a few games. We’ve had a really good start and played really well. But Leinster are a different animal to what we’ve faced so far.”

Biggar will go head-to-head with Ireland star Johnny Sexton at Franklin’s Gardens, in a repeat of the 2011 final in Pool 1 – one of the best finals the tournament has ever produced.

Saints were 22-6 up at half-time in Cardiff that day before the Irish province fought back in the second half for a 32-22 victory.

Saints have never repeated those heights in the years that followed that final, but following a revival led by Boyd, they come into this game top of the Gallagher Premiership standings and with just one loss to their name across all competitions this season.

“They’ve a No.10 [Johnny Sexton] who has proved he is one of the best in the world and if we allow him to run the show then we are in for a long afternoon. But if we can make their backs play on the back foot then we stand a hell of a good chance of imposing our game on them.”

Boyd is backing his own man at No.10 and said: “Dan is a fierce competitor and in what he does, he is probably as good as anybody in the world.

“If you had to roll your sleeves up and get into a fight, you’d certainly be happy to have Dan Biggar on your shoulder.”

The post Dan Biggar Says His Current Coach Is Heads Above The Rest . . . Including Warren Gatland appeared first on Dai Sport.

Our Editor Phil Parry’s memories of his extraordinary award-winning career in journalism as he was gripped by the incurable disabling condition Hereditary Spastic Paraplegia (HSP), have been released in a major new book ‘A GOOD STORY’. Order the book now! 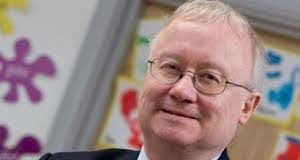