Graham is a well known sports writer in Wales. He shares with the Eye stories on his other blog at http://www.dai-sport.com
Run for it!

The Sporting Memories Foundation – a charity that uses sport to help people overcome loneliness and other issues – is coming to Wales. This weekend, as the Rugby World Cup gets into full swing, they’re launching a Welsh Memories Weekend, aimed at sparking a Wales-wide conversation about great sporting moments – the big and the not so big – as Graham Thomas discovers.

Ever heard a rugby club bar fall silent after someone suggested their best-ever all-time Wales XV?

Or a hush descend in your office following a colleague’s claim that last week’s Cardiff City performance was the most exciting she had ever seen?

Most people who are interested in sport like to talk about it. Not only that, but the memories of teams cheered, games watched or played in, medals won and lost, stadia visited and so much more, tend to last a lifetime.

The Sporting Memories Foundation – a charity who use sport to combat loneliness, depression and dementia – are involved in trying to unlock those powerful recollections and use them in a sociable setting to benefit older people.

Now, the foundation is expanding its work into Wales with the creation of 33 weekly clubs aimed at helping people take care of their mental health and stimulating them to remain physically active.

This Saturday and Sunday (September 21 and 22) sees the launch of the first Welsh Memories Weekend – what will become an annual event to celebrate sport, physical activity and lifelong learning and act as a stimulus for the weekly clubs.

Tune in to @BBCRadioWales after 5pm to hear why we want your #MyFirstGame stories for Memories Weekend across Wales on World Alzheimer’s Day. Sport in Wales is joining together to tackle Dementia, Depression and Loneliness https://t.co/dg13ouBZwd @sportwales @PublicHealthW

The clubs were originally aimed at older men, who have traditionally found it harder than women to retain friendships and social connections.

As Foundation co-founder and director Tony Jameson-Allen says:  “One of the reasons we founded the group was to have an offer for older men – because there are not that many social activities that can really reach out and engage older men.

“Similar schemes have often focused on school days, family holidays, the war, but those can sometimes trigger unhappy memories.

“Sport, though, tends to bring back happy memories. It’s also a subject where men, who don’t perhaps know each other, can feel comfortable and talk for hours and hours.”

That seems to make sense. Get four gents in a room and ask them to talk about their feelings regarding family and relationships and you might get a lot of embarrassed seat-shuffling.

Show them a picture of Gareth Edwards scoring a try for Wales, or ask them whether Gareth Bale was better than Ryan Giggs or Leighton James – or if they remember Ian Woosnam winning the Masters – and you invariably get a lively conversation going.

It’s not just men, now, either. More women are taking up the offer to get involved and although there is a greater proportion of men in the existing community clubs, the groups based in care homes and hospital settings often see that order reversed.

To reflect that, one of the new resource packs being produced by the foundation is all about Britain’s greatest ever sportswomen.

That could mean a lot of discussion in Welsh clubs about Tanni Grey-Thompson’s record-breaking exploits, or those of Kirsty Wade at various Commonwealth Games in the 1980s, or the cycling brilliance of Nicole Cooke.

In turn, those discussions might spark memories of wonderful bike rides, sports events attended at schools, or just games in the park.

In practice, the clubs involve a facilitator and trained volunteers whose job it is to help guide the chat, with the help of pictures and video clips.

In England and Scotland there are already 130 clubs, but funding from Sport Wales, Public Health Wales and Welsh Government – via the Healthy and Active Fund – means the foundation is spreading its work this side of the border.

“The concept we have developed over the last eight years is to use a mixture of imagery, audio, and video content of great sporting moments and legends of sport for anyone over the age of 50 to meet up and talk about sport,” adds Jameson-Allen.

“We all need props to help recall and reminisce. So, the volunteers help initiate a reminiscence session of group members of favourite sporting memories of watching or playing sport.

“That leads to lots of discussion, debate and laughter. While sport might be the trigger for the conversation, they can go off in all sorts of different directions – from personal incidents, to the travel they used to watch their sports, to family members.

“What it is doing is promoting cognitive stimulation, their communication ability, and their confidence to tell their own stories. But it also helps them reconnect with like-minded people who very quickly form friendships.”

Clubs often start with a regular song and end with some kind of physical activity or game. It all adds to the mix.

The Foundation have some impressive partners on board in Wales – big hitters in the Welsh sporting world such as Cardiff City, the Ospreys, and Glamorgan cricket who are backing the scheme in various ways.

The theme of the Welsh Memories Weekend is “My First Game” with people of all ages encouraged to support the campaign on social media by tweeting to @Sportsmemnet, using the hashtag #MyFirstGame.

And who doesn’t remember their first game? If not the result or even the teams, then surely the excitement, the trip on the bus, the first glance at the pitch or smell of the burger van?

The data and impact of Sporting Memories’ work in Wales is to be studied by academics at Swansea University.

It’s a not a cure for dementia, or the answer to all issues of social exclusion.

But Jameson-Allen says: “We are seeing a real impact on reductions in feelings of loneliness. And we are seeing data that suggests people’s mental well-being is improving.

“If we can reduce loneliness, stimulate thinking, and prompt people to be more physically active, then that’s a good thing.”

The post Sporting Memories Bid To Get A Nation Talking . . . And Walking Towards New Friendships appeared first on Dai Sport. 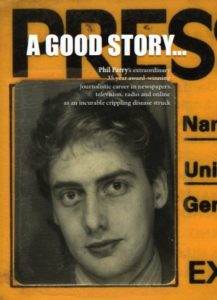 The Eye - 28th January 2020
%d bloggers like this:
We use cookies to ensure that we give you the best experience on our website. If you continue to use this site we will assume that you are happy with it.OKNORead more