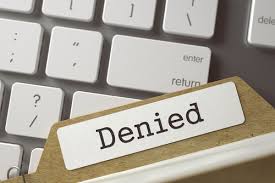 The Welsh Government (WG) has been hit with another Freedom Of Information Act (FOIA) request about why public money was spent on yachtwear, £1500 worth of Welsh cakes and in the luxury lingerie shop Victoria’s Secrets, The Eye can disclose.

The shock news follows our revelations that the WG broke the law in withholding key information about the cash spent using controversial ‘procurement cards’.

Hundreds of the cards are in circulation and have been used to spend more than £4 million of taxpayers’ money over the last four years.

Now a South Wales resident has asked:  “Can you please confirm that none of the receipts pertain to public facing officials, or AM’s (sic) – as clearly , like MP’s (sic) –this would put them in a different DPA (Data Protection Act) category – and therefore subject to a legitimate public interest test on how Wales’ public money is spent”.

Last Summer the same complainant had requested the WG supply the original receipts.

But this was refused by the WG and the complainant was invited to refine her request.

This too was refused.

Yet we showed how the Information Commission Office (ICO) ruled:  “The Commissioner’s decision is that the Welsh Government in failing to provide appropriate advice and assistance in its response to both the original and refined request has breached Section 16 of the Freedom of Information Act (FOIA)… the Welsh Government cannot rely on Section 12 in respect of the complainant’s refined request”.

The WG had provided an explanation of why it had withheld information, but the Information Commissioner Elizabeth Denham, was dismissive, and her office said:  “The Commissioner does not accept this…”

The devastating ruling went on to state:  “The Commissioner is concerned at the Welsh Government’s continued narrow interpretation of the complainant’s requests and its failure to engage further with either the complainant or the ICO…” 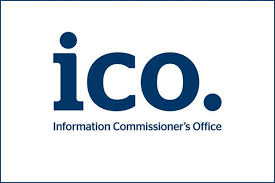 In all, the South Wales resident had demanded receipts for these items on a WG card:

In their response, the WG said:  “The Victoria’s Secret transaction was made through fraudulent use of the card details by a third party.

“The amount was refunded by the card provider themselves and the card cancelled and reissued.

“We have a record of one case in which a card holder used a Welsh procurement card in error and accidently (sic) to purchased (sic) personal items.”

The history of ‘procurement cards’ is contentious, and the Conservatives have called on the Wales Audit Office (WAO) to review their use.

In November 2015 it was reported that the WG had refused to publish the findings of a review by its own Internal Audit Service.

The Welsh Conservative leader Andrew RT Davies wrote to the Auditor General (AG) calling for greater openness and urged the WAO to conduct its own review.

He said:  “… there is no transparency in the current system and therefore no accountability.

“Millions of pounds are being spent on staff credit cards by Welsh Government employees, and the public needs to have confidence that the system isn’t being abused and that the taxpayer is getting value for money.”

In a response to Mr Davies’ request to publish the findings of the review into procurement cards, the then WG Minister for Finance and Government Business Jane Hutt, said: “The Welsh Government does not release the results of reviews undertaken by our Internal Audit Service.

“However, all internal audit reports are shared with the WAO should they wish to pursue issues further.”

But two years ago the Tax Payers Alliance (TPA) took a different view.

Jonathan Isaby, chief executive, said: “Taxpayers will be very worried that spending on Welsh (Government) procurement cards looks like it will rise sharply.

“Using these credit cards to cover work-related expenses and purchases for offices is an efficient way of conducting transactions, but it is deeply concerning that right now the system is shrouded in secrecy.”

At the time the resident said she felt vindicated that her complaint had been upheld.

She told The Eye:  “The Welsh Government seems determined to waste yet more public money by preventing people from knowing how it spends Wales’ money…

“The ICO’s decision reflects the understanding of the inability of an ordinary member of the public to deal with organisations that refuse to help members of the paying public process justified legitimate requests for information, by treating them with contempt and using deliberate obfuscation, as a strategy to do so.”

Yet it seems deliberate obfuscation is against the law.

Especially if it relates to yachtwear or £1500 worth of Welsh cakes.