Home News Letter of the law 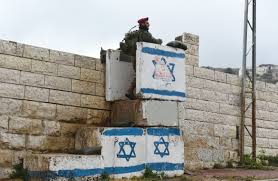 Lawyers warned the Welsh Government that advice to traders not to deal with companies connected to occupied territories may be illegal, it has emerged.

The letter of warning from the group ‘UK Lawyers For Israel (UKLFI)’ could be embarrassing for the Welsh finance minister Rebecca Evans MS who has proclaimed “Even as a child it’s what I wanted to do”.

UKLFI have stated: “Our letter (in the Summer) points out that decisions of UK and French appellate courts have confirmed that producing goods or providing services in occupied territories is not in itself illegal; that many leading companies have dealings with occupied territories; and that having such dealings does not make them unreliable as contractors carrying out public contracts in the UK”.

The organisation continued:  “UKLFI have written to the Minister (Rebecca Evans MS) pointing out that this (advice to traders) would breach section 17 of the UK Local Government Act 1988 as well as the Public Contracts Regulations 2015 which implemented the EU Public Procurement Directive 2014/24 and remain in force in accordance with section 6 of the European Union (Withdrawal) Act 2018″.

The UKFLI warning adds: “(It) would apparently apply to all occupied territories.

“The Welsh government does not appear to be aware of the massive implications of this… On the other hand if the PAN (Procurement Advice Note) were limited so as to target Israeli businesses and individuals in territories occupied by israel… additional legal provisions would be infringed”.

Yet in the usual civil servant jargon, the WG has stated: “This PAN is based closely on the UK government’s Procurement Policy Note (PPN) 04/20 on payment of suppliers to ensure service continuity during and after the COVID-19 outbreak, but has been tailored for Wales as appropriate”.

The Israeli-occupied territories refers to the territories occupied by Israel during the Six-Day War of 1967 and sometimes also to areas of Southern Lebanon, where Israeli soldiers and military hardware were notably present to support local Lebanese militias during the civil war and after it.

Israel asserts that since its disengagement from Gaza in 2005, Israel no longer occupies the Gaza Strip.

Israel captured the West Bank, Gaza Strip and East Jerusalem during another war in 1967.

Since then, Israel has set up many Jewish settlements – some tiny, some as big as small towns – in both the West Bank and the Gaza Strip.

But the legal letter about them to Ms Evans could add to controversies swirling around in her background, despite the childhood ambition to be a politician.

In October 2015 she warned that circuses which use wild animals could be banned in Wales.

She proclaimed there was “no place for wild animals in circuses”, adding that “the time for circuses certainly seems to have gone, in terms of their entertainment or educational value”.

In May Ms Evans called for more powers so that extra money could be used to fight coronovirus/Covid-19 in Wales.

She declared:  “Our ability to respond is limited by the rigid financial rules imposed on us by the UK Government”.

Now, though, Ms Evans may be even more tested by our revelations of the message she was sent by lawyers.

Most Israeli settlements are considered illegal under international law, although Israel does not agree with this.

Tomorrow – why all leading politicians, as well as journalists, must know their law.

Our Editor Phil Parry’s memories of his astonishing 37-year award-winning career in journalism (when legal rules were all-important), as he was gripped by the rare neurological disabling condition Hereditary Spastic Paraplegia (HSP), have been released in a major book ‘A GOOD STORY’. Order the book now! 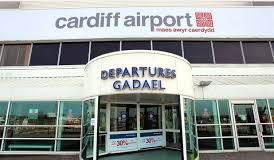