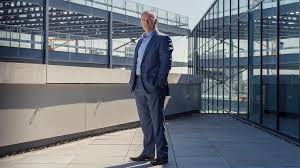 One of the most significant property developers in Wales has slammed the controversial decision not to build an M4 relief road around Newport and is worried about its impact, The Eye can exclusively reveal.

Paul McCarthy Chief Executive of Rightacres which is responsible for the huge Cardiff Central Square project, and the even bigger re-development of the nearby old Brains brewery site told us tourism in Wales could be hit, and the success of his new multi-million pound hotel in the city may be affected.

BBC Cymru Wales staff are due to move into their new 150,000 square foot £120 million headquarters in Central Square soon, and the Brains brewery site is to become the biggest mixed-use development scheme ever seen in Wales, but the developer behind them is deeply concerned by today’s announcement.

Mr McCarthy said: “I hope that the reasoning around making the decision not to build the M4 relief road pays off.

“Luckily Rightacres commercial development sites were strategically chosen to be adjacent to public transport hubs but what worries me is the impact the decision not to build the relief road will have on tourism.

“In partnership with the Welsh Rugby Union, we are building a £50m hotel and as with all hospitality businesses its success will rely very much on weekend business.

“Staycations in the UK are on the up but I am concerned that this decision will severely impact the opportunity to grow Wales’ share of the UK’s tourism business.”

Mr McCarthy has already told us of the concerns he has about the Brexit uncertainty on business sentiment.

He said:  “There’s no doubt that the uncertainty is holding business investment back.

“Potential office tenants of new buildings are holding off making decisions to move which has the inevitable impact of holding up the development of new buildings and the chain reaction on the construction industry is obvious.”

The Welsh First Minister, Mark Drakeford, has said the £1.5 billion cost of the new road “was not acceptable” and is due to speak to Assembly Members this afternoon.

There have been decades of discussion about the creation of a new 14 mile six-lane motorway south of Newport, between Magor and Castleton to relieve congestion around the Brynglas Tunnels, and they came to a climax at a year-long public inquiry.

A 600-page report by inspectors was given to Welsh Government officials last year.

But it seems clear now the enormous congestion around the tunnels will continue for many years to come.

Also on The Eye – another suspension at a scandal-hit Welsh university and why a former Chief Executive in Wales has been told he is “appalling” and “beneath contempt”.