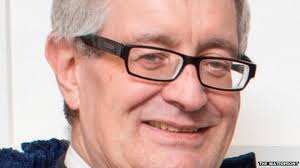 Unconfirmed reports suggest the former controversial head of a Welsh university management school, who resigned after two turbulent years in charge, has died, but the news has not been announced to staff, The Eye can reveal.

Nigel Piercy quit as Dean of Swansea University School of Management two and a half years ago, after relentless pressure from us, when he clashed repeatedly with staff, warned them the school was “not a rest home for refugees from the 1960s with their ponytails and tie-dyed T-shirts”, and described trade unionists as “unpleasant and grubby little people…usually distinguished only by their sad haircuts, grubby, chewed fingernails and failed careers”.

Despite this, we showed how an expensive dinner was held to ‘celebrate’ the school’s ‘achievement’, but a top-level investigation followed our revelations.

His wife Nikala Lane and son Niall also worked at the school.

Normally, when a former Dean or staff member dies, the department or university recognises this in an announcement to current staff.

Yet staff at Swansea have formally been told nothing.

Professor Piercy claimed his unconventional approach had been successful in pushing the school up rankings,

But his comments did not impress Sir Roger Jones, Pro-Chancellor at Swansea and Chair of the University Council.

He said the institution had been ill-served by Professor Piercy’s “gratuitously offensive comments”.

Meanwhile after leaving, Prof Piercy had penned a book, about an institution he called “Duckpond University”.

The book contained a “case study”, and was subtitled “The anatomy of hate and the tactics of the gutter”, in which he described the “experiences of Frank Sargent as Dean of the School of Management at Duckpond University” who was charged with “managing a strategic turnaround…for a group of failing university departments in the period 2013 to 2015”.

While stressing that “for legal reasons…Duckpond University is not an actual university”, Professor Piercy described it as an institution “’at the end of the railway line’ in a remote part of Wales”, adding it had a “reputation for being ‘run’ by the trade unions and the Welsh Labour Party”.

Swansea declined to comment on the book, but a spokeswoman said that the university’s School of Management was in “robust health” and was “on an upward trajectory, with a rich learning environment, strong research-led teaching, an excellent student experience and strong links with business in the region, in Wales, and internationally”.

Prof Piercy resigned in July 2015 after two difficult years in charge, citing “differences with the university” regarding implementation of the school’s future strategy.

After he resigned he gave an interview in which he admitted he “did have to step on some toes”, and that his entire career as an academic “has been based on being provocative”.

But academics have questioned the appointment processes that led to three members of the same family being employed at the school within a year.

Prof Piercy left the University of Warwick in 2013 and was joined in Swansea shortly afterwards by his wife.

His son, Niall, was promoted to the role of pro dean.

“It never really struck me as a problem,” Prof Nigel Piercy said at the time he left.

“My wife comes with me as part of the package.

“My son was already there (at Swansea).

“I don’t know what he is doing, but she’s staying.”

Now the eyes of staff at Swansea will be on the funeral, and whether their university will be represented.