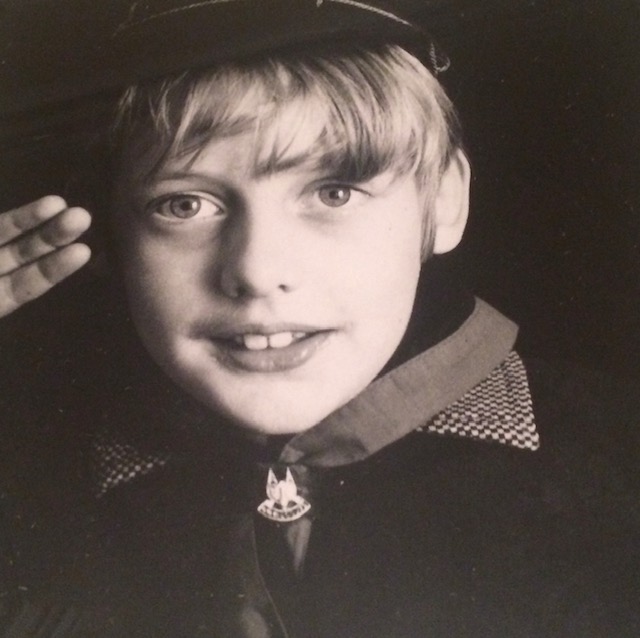 Revelations by our Editor Phil Parry of the beatings at the minor Welsh public school he attended, prompted a huge response from readers of The Eye.

One reader told us:  “It was legalised assaults. My school – a comp – was the same. One teacher hit us with a wooden T-square – that thing you used to draw lines in technical drawing – with another square taped to it. It would hit you and then the other one would swing round and hit you a second time a fraction of a second later. What ingenuity!”.

Another said:  “The teacher used a slipper on us he kept in his desk”. A different reader told us:  “Our teacher was a real sadist who rubbed our knuckles on the radiator if we did something wrong in class, which was extremely painful”.

A further reader of The Eye said:  “I had a headmaster who never came out of his office. People went to see him for two reasons – a) to deliver his newspaper (The Times) b) to receive the cane/slipper. Before he hit you, he’d ask if you deserved it. If you said no, you had to remain in his office until such time as you made your confession. I think Stalin’s NKVD used similar tactics in the 1930s”.

Mr Parry told how one former master at the school he went to, Monmouth, hit him in the head because, along with the rest of the class, he was ‘marching’ into the lesson and making a noise on the wooden floor.

AW ‘Bill’ Griffiths was in charge of Chemistry at Monmouth School from 1962 to 1993, and has just died of old age. He was also housemaster of the boarding house for small boys at the school, called St James’, where the children went before they were assigned to their allotted senior houses, and hit boys there too.

One pupil confided in Mr Parry that ‘Bill Griff’ had told him that although he caned other boys he would not touch him because he liked him. These were children of 11 or 12.

Another master at Monmouth School used to keep an old ‘dap’ or plimsole in his bag to hit the boys if they misbehaved. Before the beating took place he would often ask the class to vote on whether the dap should be used and, of course, they invariably voted for the assault to take place.

When Mr Parry suffered the indignity of a class ‘vote’, he told how his best friend was the only one to vote against a beating. The teacher was a genuine fascist and wore a black arm band to school the day that Franco died.

A biology teacher used to beat boys on their behinds using a large pair of wooden protractors with the word ‘IDIOT’ scrawled on the instrument backwards in chalk. After the assault took place the victim would have ‘IDIOT’ written in chalk the right way round on his backside.

On another occasion when Mr Parry was misbehaving in the dinner queue, a master came up behind him, hurled him down a flight of stone stairs and held him up against a wall.  He was only 12.

But these assaults had a terrible effect, which lasted until the children were adults.

Mr Parry’s best friend at school (the one who had voted against the beating), is now in his 50s, but only told him earlier this year of how he was caned by the Headmaster for riding his bike in the wrong area, and how he had found the experience painful as well as deeply humiliating.

Before Mr Parry arrived at Monmouth School even superior Prefects (called ‘Monitors’) were allowed to hit younger children, and he told how in his opinion the satirical film ‘If’ was actually spot on.

Monmouth School is a second division independent or ‘public’ school, which is not in the same league as Eton or Westminster, and where the motto is “Serve And Obey” – tradition is paramount.

Prefects were allowed to dispense summary justice in the form of ‘drills’, which were orders to do lines after school, and if work was not up to scratch a ‘detention’ was issued, ordering the boys to write a short essay on Saturdays before watching the first 15 play rugby, which was obligatory.

As a special privilege, Prefects were allowed to push in the dinner queue and walk on a central bit of grass.

Now the boys are extremely well-taught at Monmouth School and physical punishment is not allowed, but when Mr Parry went there it was effectively a Grammar School which aimed to be something greater, and to call it a ‘Grammar School’ was banned.

After passing the entrance exam, Mr Parry was admitted to Monmouth on a ‘Direct Grant’ in 1973, but he explained how he was hugely-relieved to go to university seven years later.

In state-run schools, and in independent schools where some of the funding came from state coffers, beatings were outlawed in 1986, following a 1982 ruling by the European Court of Human Rights that such punishment could not be administered without parental consent, and that a child’s “right to education” could not be infringed. In other independent schools, it was banned in 1998 (in England and Wales), 2000 (in Scotland) and 2003 (in Northern Ireland).

Most countries around the world have made it unlawful to assault children.

In Argentina, for example, it was banned in 1813, but was re-legalised in 1817 and punishments by caning lasted for decades. Yet all corporal punishment finally became prohibited through a law in 2014 which came into force in January 2016.

A friend of Mr Parry’s who lives opposite him, attended Monmouth School in the 1960s when the physical abuse by teachers on children was even worse, and they meet up regularly to talk about the beatings, which they call ‘therapy sessions’.

At one of them our Editor was told by his friend:  “We can’t tell our wives because they simply wouldn’t understand. I can only talk to you about this”.

But it seems some can now talk about what happened to them – to The Eye at least.

Tomorrow – attitudes to women’s equality in the Welsh media as beauty contests are promoted, but banished from our television screens after protests about how they are degrading to women.