Home Phil Parry Memoir All in the mind 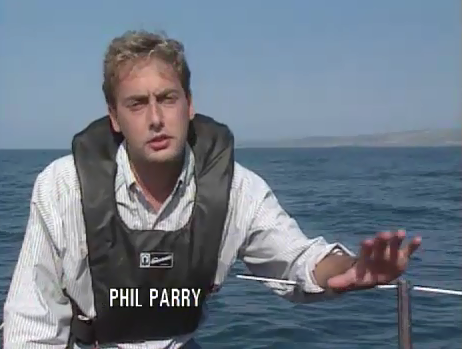 Here our Editor Phil Parry, describes the depression which has afflicted him.

This is a very difficult thing to write, but I feel it is important because mental illness should be spoken about as though it is any other condition.

When I left the BBC eight years ago after 23 years, I was diagnosed with severe depression.

A number of factors had combined to send me over the edge.  For the first time in my career money wasn’t squirted into my account every month, I was diagnosed with an incurable crippling disease called Hereditary Spastic Paraplegia (HSP) and a friend of mine committed suicide.

As a result I completely collapsed mentally.

I was on ‘happy pills’, had counselling, and I was treated by a specialist.  I spent a year looking at old films on my computer, and I had no self worth.

I became obsessed by the fact that I had no money coming in and I thought I had made a terrible mistake by going freelance.

Even small tasks were incredibly difficult, because I thought I would mess them up. I remember it took me all day to put up a basket ball hoop for one of my kids.

Making tea for them should have been a simple job, but I found it incredibly hard.  Any small criticism would be keenly felt, and ahead I could only see a future of blackness.

Ill-judged but well-meaning comments from friends or family were no help either, such as:  “I’m sure it is nothing”, “You look fine”. Or still worse:  “What have you got to be depressed about?”

The point about mental illness is there is nothing to see.  A broken arm or leg gets you sympathy but a broken mind doesn’t.  It is, though, every bit as bad, if not worse.

The worst aspect was that I lost my sense of identity.  I thought I was a ‘BBC journalist’ rather than a journalist who worked at the BBC. Establishing The Eye was an important moment in helping to firm up that true identity.

I can tell you now that my HSP was as nothing compared with severe depression.

But the reason I am writing about this is not to elicit sympathy, but because I think it is not talked about enough.  Depression needs to be in the open, and treated like any other serious illness, before it can be properly addressed.

I applaud the fact that the international rugby player Tom James could not be selected for the recent Cardiff Blues game against Munster, and that the reason was given as ‘depression’, alongside Alex Cuthbert who was recovering after knee surgery.

It is brilliant that mental illness is in the same category as any other debilitating condition.

But in many ways it is still a ‘taboo’ subject, rather like cancer was 20 or 30 years ago.

For this reason, I feel strongly supportive of people who suffer a mental illness and I was shocked by the recent report which showed the poor level of care for children suffering with mental illness in Wales.

One girl told the authors of the report she had telephoned a mental help body, after finding her father dead on the kitchen floor, and that after almost a year she was still waiting for a call back.

A mental health unit in North Wales called Tawel Fan in Ysbyty Glan Clwyd, had to be closed down after a camera smuggled on to the ward filmed patients crawling on the floor.

This was only exposed by a UK newspaper.

These things are appalling and should never be allowed to happen in the 21st century.

Mental illness MUST be talked about and treated like any other serious illness.

I am sure it will be a great relief to all the crooks and corrupt politicians I have exposed over the years, that I am now fully back to fighting fitness.

Whenever people ask me what I do, I tell them I’m a ‘professional troublemaker’!

Tomorrow – more revelations about the crisis in newspapers.