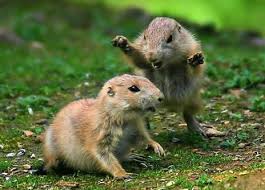 The Rebel is a leading political figure who is close to senior politicians in Westminster as well as Cardiff Bay, and will always give readers the inside track on what is being discussed in the corridors of power.

Here The Rebel explores how the Christmas and New Year break has done nothing to heal divisions over Brexit.

There have been fights over the turkey.

There have been fights over Jools Holland bringing in the New Year on television.

No, I am not talking about the state of the stuffing or whether the TV programme is actually recorded – it is about BREXIT!

All of this division and fighting over the Christmas and New Year holidays has been passed on to Theresa May, and there are fears among her ‘advisers’ she could be, er, stuffed.

Despite the Prime Minister attempting to strike a confident tone in her New Year message on Tuesday, she knows her deal hangs in the balance and the UK is completely divided.

She urged her MPs to back the divorce deal so that Britain could “turn a corner” and put a disruptive period of political turmoil behind it, but she is fully aware it is not as simple as that.

The message was meant as much for May’s own MPs as the voters.

Liam Fox was once the darling of the Brexiteers and is now a firm supporter of May’s.

When he told a newspaper there was only a “50-50” chance of Brexit at all if her deal was not backed by MPs, his line, although buried in an interview, was carefully crafted and he knew headline writers would seize on it.

His point was designed to be felt by hard Brexiteers.

I hear May’s whips are now confident she MAY (pun intended) in fact be able to get her vote on a tweaked Brexit deal through Parliament, probably not with the first vote but on a possible second.

There has been a lot of toing-and-froing to Brussels just before the Christmas and New Year holidays, but she could still be brought down.

It won’t be enough for her that the opposition are in complete disarray over Brexit.

The latest poll says 72 per cent of Labour members think Jeremy Corbyn should fully back a second referendum.

Labour is a party of Remainers led by a Brexiteer.

But May is nothing if not hard working and her people have been talking to her partners in UK Government, that ridiculous lot the DUP.

They are said to be coming round over reassurances on the Northern Ireland ‘backstop‘.

Her ‘advisers’ have even been in touch with that arch-Brexiteer Jacob Rees-Mogg to try and get him on board and this is, apparently, a “work in progress”.

All the MPs will have a so-called ‘meaningful‘ vote when they come back later this month, and the first one will take place in the third week of 2019.

But what May does not know is how hardened those Brexiteers are, and how they have withstood fierce criticism over the break from their own constituents and family.

Most of them have been told to stick two fingers up to Brussels and go for a hard ‘no-deal’.

Everyone says this is completely bonkers and I know that senior Civil Servants who have May’s ear are scared shitless of this outcome.

But the Tory constituent party members are overwhelmingly anti-EU and are getting fed up with it all.

They want to get out now, and that will certainly sway those hard-Brexiteers to hold out against May’s reassurances.

May is an instinctive conciliator and wants everyone (within reason) behind her.

Yet being behind her could be the worst place for them, because they are sharpening their knives to plunge it in her back.

It has not been enough for her to say she will stand down before the next General Election.

They want someone else NOW – Sajid Javid, Jeremy Hunt, even Jacob Rees-Mogg are being touted on the Brexit side, although Rees-Mogg isn’t being taken seriously now after the failed ‘Dad’s Army’ ‘coup’, thank GOD!

In June he said:  “I fully support the Prime Minister … I think her position is secure”.

In December he said:  “She ought to go and see the Queen urgently and resign.”

Rees-Mogg has been done no favours either with remarks in the UK media about his similarity to Charles Hawtrey of the ‘Carry On’ films!

Boris johnson has been described to me as having “shot his bolt”.

To his supporters’ immense chagrin, BoJo is immersed in writing his latest book.

On the Remain side Amber Rudd is the main contender, but her problem is she has a very slender majority and she would be totally unacceptable to the Brexiteers.

Ruth Davidson from Scotland is viewed as a fading force after she ruled herself out, and anyway she needs to get a Westminster seat.

It was meant to have been the season of goodwill.

But not in the Tory party..!

Check your knowledge of major events as revealed on The Eye, with our superb new interactive quiz for 2019: [viralQuiz id=1]