Home Uncategorised Do Cell Phones Cause Brain Cancer or Not? 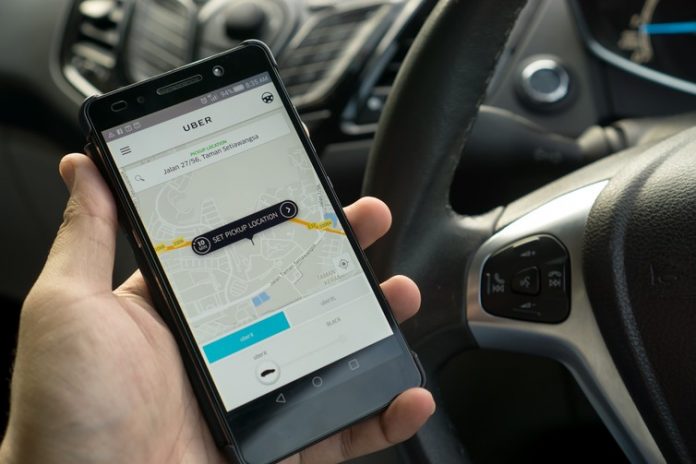 Follow Us!
Latest posts by The Eye (see all)
Senator John McCain’s brain cancer diagnosis is likely to revive a persistent and complex question about the safety of wireless technologies, like cell phones, that emit electromagnetic radiation.

For years, researchers have explored whether cell-phone use can increase a person’s likelihood of getting cancer. And for years their findings have been mixed—and in many cases controversial. The consensus, if there is one, is that the health risks of regular cell-phone usage are probably quite small, if they exist at all. But it’s hard to prove a negative, so the question remains open-ended.

Doctors discovered McCain’s glioblastoma after the 80-year-old senator underwent a procedure to remove a blood clot, his office announced in a statement from the Mayo Clinic Wednesday night. Glioblastoma is one of the most common and also one of the most aggressive kinds of brain tumor. Senator Ted Kennedy received a similar diagnosis in the spring of 2008. He died from the disease about 15 months later, in August 2009. Could there be a connection between the aggressive form of cancer in Kennedy’s brain and his cell-phone usage? U.S. senators tend to do a good deal of business by phone, especially when they’re in Washington and away from their constituencies.

Cell phones have been in mainstream usage for under two decades, and yet “radiation-induced brain tumors normally take about 10 to 15 years to develop,” wrote M. Nathaniel Mead in a 2008 essay for the journal Environmental Health Perspectives. Yet an astronomical spike in incidences of malignant brain tumors—the kind you might look for if cell phones really do cause cancer—hasn’t been recorded.

Because cell phones don’t emit enough radiation to mutate a person’s DNA the way a nuclear bomb or a trip to outer space might, scientists have focused on other radiation-related concerns in their research. Early work in the field focused on the possibility that phone emissions could damage a person’s cells by heating up the surrounding tissue—the idea being that radio-frequency waves can raise the temperature of water, and most human tissue is made of water molecules. More recently, however, researchers examined whether cell-phone radiation can harm humans even without heating up their cells.

Plenty of scientists, regulators, and—no surprise here—leaders of wireless tech firms say there’s no reason to worry about cell phones causing cancer. Evidence of a causal link just isn’t there, they say. That’s not for lack of trying to find one. Several of the biggest studies that have sought a connection between cell-phone use and cancer found no correlation. (Two of the most notable recent examples of large prospective studies that found no link are here and here.) The U.K. Imperial College London is still working on one highly anticipated study, which is investigating the possible health effects of long-term cell-phone use across five European countries.

But this hasn’t quieted those who are concerned. In 2015, nearly 200 scientists from across the world signed an open letter urging the United Nations and the World Health Organization to develop stricter rules around wireless technology and public health. Their concerns weren’t limited to cell phones, but included a slew of devices like baby monitors, WiFi, cordless phones, and so on.

In May, a group of researchers published in PLOS ONE the results of a meta-analysis that found a “significant” association between long-term mobile phone use and the risk of glioma, the class of tumors that includes glioblastoma. But the actual significance of the link is questionable. The data they used spanned 11 studies between 1980 and 2016, but the researchers themselves acknowledged the evidence is limited and much of the data is “poor quality.” The biggest takeaway, then, may be their conclusion that more study is needed.

A National Toxicology Program study last year found that male rats exposed to cell-phone radiation for about nine hours a day over a two-year period were more likely to develop two kinds of malignant tumors, including gliomas.

Other studies have found correlations between long-term cell-phone use and glioma—especially among people who exclusively hold the phone to the same side of their head. A 2010 paper in the International Journal of Epidemiology, for example, found people with the highest level of cell-phone use, about 30 minutes a day over a 10-year period, had a 40 percent higher risk for glioma, compared with those who used cell phones less frequently. One could reasonably expect that politicians would be toward the higher end of the cell-phone use spectrum, for example. Even so, that study, like many in this realm, was criticized for its limitations. For instance, the paper found an overall lower risk of glioma among all cell-phone users—a strange outcome that researchers chalked up to possible participation bias, which can happen when someone who has a disease is either more or less likely to enroll in the study that’s examining that disease. (If methodological issues skewed that correlation across the entire study cohort, skeptics argued, how could any of the study’s findings be taken seriously?)

Accounting for bias in these sorts of studies is a difficult problem for researchers. Not only is it potentially unreasonable to ask someone to reliably recall which side of their head they favored while talking on the phone for the past 10 years, they’re being asked to remember these habits in a media environment that’s saturated with claims about links between cell phones and cancer. It’s impossible to measure how popular perceptions about such a link might affect people’s accounts of their own behaviors.

A larger concern among researchers is the question of how cell phones might affect children, who are now routine users of the devices from a very young age for the first time in history. But answering any of these questions remains methodologically fraught.

All the while, people’s phone habits and phones themselves are changing. Increased cell-phone adoption among people of all ages is tempered, the authors of the International Journal of Epidemiology study wrote, by the fact that newer cell phones emit less radiofrequency waves than their predecessors. Possible health risks may also be mitigated by increased use of text messaging and video-calling functions—both of which keep a phone at arm’s length rather than right next to a person’s head.

Because the data linking cell-phone use and cancer is so murky, consumer health advocates say people should make regular use of hands-free calling options to reduce exposure to radiation; and carry their phones in a pocketbook or on a belt clip rather than keeping phones right up against their bodies, in a pocket. “This is particularly important when the cellular signal is weak—when your phone has only one bar, for example,” the writer Jeneen Interlandi wrote for Consumer Reports last year, “because phones may increase their power then to compensate.”

The Food and Drug Administration considers the cancer risk from cell-phone radiation to be “probably very small,” it says on its website, but still unknown. The agency encourages hands-free use as a way to minimize exposure to radio-frequency emissions just in case.

Potential technological associations aside, McCain is in the typical demographic for a glioblastoma diagnosis. Such tumors increase in frequency with age, and affect more men than women, according to the American Brain Tumor Association.

Among adults who are treated for the most aggressive glioblastoma, the median survival rate is about 15 months—though a fraction of patients with glioblastoma may live five years or longer. McCain is reviewing his treatment options, according to a statement issued by his office, including a combination of chemotherapy and radiation.