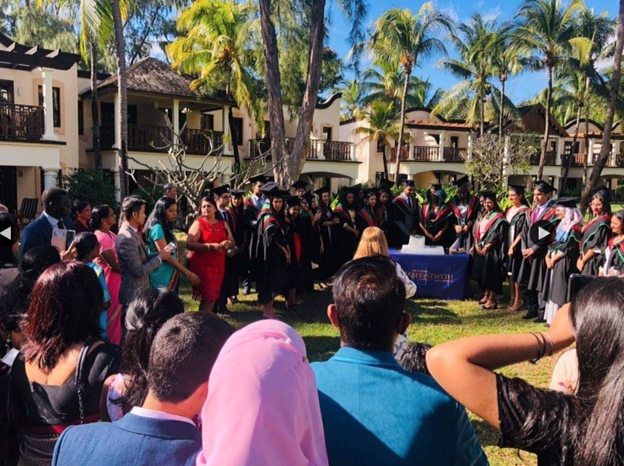 Senior figures at a controversial Welsh university flew out for the second ‘graduation ceremony’ at a headline-grabbing campus on a sun-drenched holiday island which is about to close because only 106 students had enrolled in its second year, The Eye can reveal.

The Mauritius ‘Branch Campus’ of Aberystwyth University had been condemned to us by workers as an “expensive folly” and a former Vice-Chancellor said opening it had been “madness”, but it advertised for staff even after the closure had been announced.

Despite alarming stories such as these, several top-level executives attended the ceremony this summer, which was officially described as “emotional” by the university.

The official Aberystwyth notice of the occasion said:  “It was a very memorable and emotional event for all the students, staff, family and friends.

Yet the glamorous affair came at a time of mounting crisis for Aberystwyth University.

The Mauritius campus had been built to accommodate 2,000 students, but few had signed on for courses in its second year.

We showed how the cost too of the venture has proved contentious.

One staff member at Aberystwyth told us:  “Now we know the expensive folly of the Mauritius campus.

But the university is facing other major problems at its main headquarters in Ceredigion.

The latest A-level figures have shown the institution shrinking fast according to The Economist.

In a table published by the newspaper it was fourth from bottom in England and Wales for attracting students compared with a decade ago.

Among other issues was a severe financial crisis disclosed by The Eye.

In May of 2016 a former Vice-Chancellor of Aberystwyth University, Derec Llwyd Morgan, who ran it from 1994 to 2004, said the statistics revealed that it was a bad decision to go to such a far-flung country.

Yet officials had remained upbeat throughout

David Poyton, seconded Dean of the Mauritius campus, said in 2016:  “Lots of students want to study here for a UK degree”.

But the campus was opened as Aberystwyth also faced huge financial problems because of falling rolls. 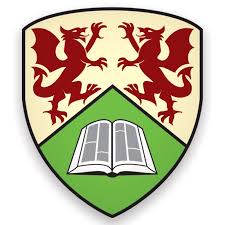 In 2017 we showed how the then ‘acting’ Vice-Chancellor John Grattan had outlined too the hugely-damaging effect of Brexit, when the university was seeking to attract students from overseas.

“I won’t hide it from you that Brexit poses a challenge to the university,” he told students during another graduation ceremony.

The former Vice-Chancellor at the university, April McMahon, had hit the headlines too, but for all the wrong reasons, after saying that tables which showed the disastrous ranking of her institution should be “taken with a pinch of salt”.

She finally left in the summer of 2016 after The Eye disclosed she was considering her position.

We revealed that Professor McMahon had been forced to work alongside the university President Emyr Jones-Parry, before she finally left, which caused huge disquiet among senior university staff.

The Eye also disclosed how during her calamitous five-year tenure, Aberystwyth University had plummeted in The Guardian league table, which was widely-read by potential students, and fell sharply in the Complete University Guide (CUG).

In The Times and the Sunday Times guide it dropped 11 places to 93.

A damaging profile of the university at the time stated: “Aberystwyth has set itself the goal of becoming one of the top 30 universities in the UK and the top 250 in the world by 2017.

It must also have been a ‘tall order’ attending a graduation ceremony at a university campus about to close, on a holiday island in the Indian ocean.

But it made a change from rainy Aberystwyth…