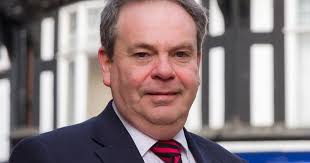 A furious North Wales MP has condemned BBC Wales for its coverage, and warned the official in charge that senior politicians from the area find the response “very disappointing”,  The Eye has learned.

Ian Lucas, MP for Wrexham, has told an upset voter that he has had correspondence from other constituents who are also extremely angry with the BBC coverage.

He tells the voter he has written to the BBC “on a couple of occasions”.

There is particular anger at the lack of news about Wrexham AFC.

Mr Lucas has written a lengthy letter we have seen, to the Director of BBC Wales, Rhodri Talfan Davies.

In it he says:  “I have spoken to both Labour MPs and AMs from North Wales and they share my disappointment with BBC Cymru/Wales services”.

Mr Lucas continues:  “We have made numerous suggestions for change in the past, including opt outs, in an effort to find a fair way to address our concerns, but have found BBC Cymru/Wales’ response very disappointing.

He itemises six points where BBC Wales coverage is lacking.

In point one, Mr Lucas says:  “BBC coverage does not begin to reflect the diversity of North Wales.

“The result is that fewer and fewer North Wales viewers look to the BBC Cymru/Wales coverage for news on their area.

“After all, our constituents are license (sic) payers too.”

Mr Davies has replied with the words:  “… all future Wrexham games will be carried online with the commentary provided by the BBC Radio Wales team.

“That’s both home and away”.

But in point five, Mr Lucas said in his letter:  “Online regional coverage is no substitute for decent provision.

“Our experience is that coverage is very slow to update and change.”

There has also been huge criticism of the initial reaction Online to the death announced this week of 54 year old BBC Radio Wales DJ Alan Thompson.

The first BBC Wales ‘tribute’ was just a few short sentences long, and advertised a programme about Mr Thompson later that night, although it was updated later.

But the original letter to staff from station manager Colin Patterson was 12 sentences long with five in-depth paragraphs about Mr Thompson’s background.

One BBC insider told us after the first Online item was published:  “It’s shocking.

“What about his (Alan Thompson’s) warmth on air and all the years he dedicated to Radio Wales?”

Mr Lucas continued his strong criticism of BBC coverage on Facebook:  “The BBC think it is OK to give Wrexham fans a less good service than Cardiff and Swansea fans.

“The reason they think this is because they don’t understand North Wales.

“If the BBC wants to support football in North Wales, it should be supporting Wrexham AFC…”

But at least Mr Lucas has had an official response from BBC Wales.

Our Editor Phil Parry spent almost six months trying to secure an interview with Mr Davies, but was told our request was “unlikely to be successful” because we did not present a “communication opportunity”.

We decided to publish our email correspondence with the BBC Wales press office.

Yet Mr Davies was due to be a key speaker at a media seminar earlier this year, at a cost for places of £80 plus VAT, with concessionary rates available.

A communication opportunity for BBC Wales exists in North Wales it seems.

Next week – more revelations about jailed fraudster who worked at a leading Welsh university and was exposed by us.