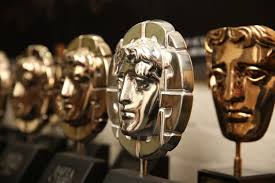 Congratulations must be paid to the team from the BBC Wales TV current affairs series ‘Week In, Week Out’ (WIWO) for winning a top award in last night’s BAFTA Cymru ceremony.

This is hugely ironic as the programme has been scrapped.

A new strand ‘BBC Wales Investigates’ (BWI) for occasional ‘major’ stories was formally announced with huge fanfare on Boxing Day to replace it with the same journalists, but news that it was planned came at least five months before that.

The irony has not been lost on critics, including our own Editor Phil Parry, who presented WIWO for 10 years from 1989. “This is quite incredible and only serves to underline what a crass mistake it was to get rid of WIWO – a regular weekly TV current affairs series is important”, he said.

By March 6 only one BWI programme had been transmitted – Confessions of a Serial Killer. Yet it had come as part of a £10.5 million package of measures described by the broadcaster as a way “…to reach out to audiences of all ages…”.

BBC Wales Director, Rhodri Talfan Davies said at the time of the announcement this was “the biggest single investment in Welsh services for over 20 years”.

But investment in Current Affairs television in recent years has apparently been a scarce commodity. On network BBC TV, Panorama is now a shadow of its former self, and Rough Justice as well as Public Eye have gone altogether. On ITV, World in Action, This Week and First Tuesday have all disappeared.

In the last run of WIWO only five programmes were produced as the series became less important.

A UK ‘brand’ and marketing expert told us:  “It is extremely dangerous to get rid of an established brand. Many of our customers are idiots and tell us they want to dump a long-established brand to set up a new one. We have to tell them it is complete madness”.

Winning awards, like last night at BAFTA Cymru, was a regular feat for WIWO.

In the programme’s hey day in the 1980s and 1990s, a skeleton staff provided 30 regular programmes a year on Tuesday nights plus ‘specials’. Vital evidence was uncovered, such as in one programme called A Night To Remember on the Cardiff Newsagent Three, which led to the release from prison of three men who had been wrongly convicted of murder, and many of these programmes went on to win awards such as at the Royal Television Society as well as with BAFTA Cymru.

One WIWO still features near the top of internal documents for all-time best viewing figures, and the programme successfully withstood numerous legal threats.

Despite this, WIWO was axed after 53 years before BWI was launched.

The last regular presenter of WIWO, Tim Rogers, spoke of how central the programme was, and in a magazine article on the programme’s 50th birthday said:  “WIWO as we affectionately call it, is a broadcasting institution. Fifty years old this week it is one of the longest running current affairs programmes on British TV. It is certainly the oldest and one of the most respected in Wales.”

But great respect in Wales did not save WIWO from the axe, and Mr Parry was outraged.

He told the Western Mail when the closure of WIWO hit the headlines:  “It is absurd to suggest that putting a label on a story like ‘BBC Wales Investigates’ in any way compensates for getting rid of a regular weekly current affairs strand which had been going for many years, like Week In Week Out. It never works – they tried to say the same when they got rid of Public Eye on BBC 2. Public Eye Investigations was never heard of again”.

But the BBC remained defiant. A spokesperson told us in March:  “BBC Wales Investigates is a hard-hitting current affairs strand, which produces investigative pieces for all platforms – TV, radio and online. As it stands, it (the first and at that point only programme) has set a new record for any story published by the global BBC News website for the time spent reading an article”.

Yet the contrast with ITV Wales is marked.

A spokesperson at the broadcaster told The Eye their Current Affairs series Wales This Week was given a lengthy run and programmes were broadcast in peak times.

But it seems WIWO was not a key brand for BBC Wales, and its closure is set against a disturbing background where it is clear regular TV Current Affairs programmes are a problem for executives.

A debate series examining the issues of the day was axed after just one year and at a cost of around £! million. Tenders have been published for a production company to deliver a new debate programme to take over from The Hour. Yet viewers had described it as “necessary” and even BBC Wales have admitted to The Eye it “capture(d) the mood of the nation”.

The Hour was a monthly debate show which toured Wales, hosted by presenter Catrin Nye. On the programme’s Facebook page viewers were very complimentary about a transmission called Debating the future of the NHS. One said it was an “excellent discussion” another that it provided “great insight” and that it was “enlightening” while a further viewer said it was “a necessary entity to air the views of the public in Wales”. The BBC had seemed equally enthusiastic, stressing that “In 60 minutes, 60 people get the chance to explore a topic in depth and hold politicans to account”.

Yet the TaxPayers’ Alliance told The Eye after its closure was revealed:  “The BBC cannot be this profligate and not expect to face serious and legitimate criticism from licence fee payers”.

Legitimate criticism will also follow for BBC Wales when it wins a major award for a programme it has scrapped.

Also on The Eye – a reception for the mainstream media in Wales to meet the new leader of Plaid Cymru after they did not question his background.