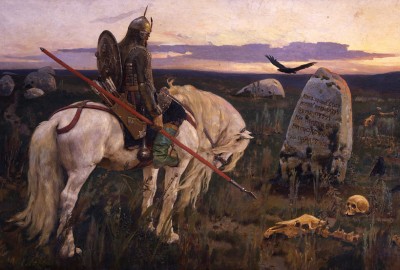 So now we have a dark wintery date for the UK BREXIT election. Dearest Sheeple, you will be asking me, your bellwether, who to vote for. What will be my advice, my prediction, my answer? Well, perhaps Jules (Pulp Fiction) would know? Or perhaps we need to consult an oracle.

“Blessed is he, who in the name of charity and good will, shepherds the weak through the valley of darkness, for he is truly his brother’s keeper and the finder of lost children. And I will strike down upon thee with great vengeance and furious anger those who would attempt to poison and destroy my brothers.” Jules (Samuel. L. Jackson in Pulp Fiction by Quentin Tarantino).

It seems obvious that the difference between ‘remainers’ and ‘leavers’ in the BREXIT debate is the level of emotional engagement. This will translate to ‘voting intention’.

BREXIT has become a religion for those that want to ‘leave’. It is the ‘Will of the People’ (aka God). There is no engagement with facts, reality, rational consideration, planning or analysis of the outcome of leaving (impact statements? Hah!). Farage, Johnson and Cummings (Ak…Ak…Ak) know and understand this. It is effective and working. Conservative politician followers like Rees-Mogg (as a devout Catholic) are highly susceptible to this kind of brain washing.

If Remainer parties want to succeed they have to ‘get religion’ fast. They have to use the emotions and words of religion. They have to start ‘believing‘! They need a revelation. Policies are not enough.

“Mortal, mark out two roads for the sword of the king of Babylon to come; both of them shall issue from the same land. And make a signpost, make it for a fork in the road leading to a city; mark out the road for the sword to come to Rabbah of the Ammonites or to Judah and to Jerusalem the fortified.” Ezekiel 21:19–23

A politician from one of the Parties is standing on your doorstep, but there is no indication of which Party he/she is representing. The voter asks him/her one question. From the politician’s answer, he/she will know which way to vote.

What did the voter ask? (Put your answers in the comments)

Our Editor Phil Parry’s memories of his extraordinary award-winning career in journalism as he was gripped by the incurable disabling condition Hereditary Spastic Paraplegia (HSP), are told in a major new book ‘A GOOD STORY’. Order the book now!

The Bellwether - 28th March 2020
%d bloggers like this:
We use cookies to ensure that we give you the best experience on our website. If you continue to use this site we will assume that you are happy with it.OKNORead more