Home Investigations Taking it on the Chan again

A so-called academic exposed by The Eye who was jailed for four years after a huge fraud yet was employed by a leading Welsh university now advises a US company whose President has a criminal conviction, we can reveal.

Stephen Chan was imprisoned by a court in Boston for four years and three months, and ordered to pay millions of dollars in compensation.

His jail term was followed by three years of supervised release, after admitting one count of conspiracy to commit fraud and one count of mail fraud.

In 1997 and 1998 Chan and others made false representation to lenders about two companies he was involved in, and more than $20 million was then promised to fund the lease or purchase of computers, furniture as well as related equipment.

Chan, a graduate of Massachusetts Institute of Technology (MIT), oversaw all the leasing activities of the two companies and was largely responsible for drafting and distributing the false leasing packages and providing lenders with misleading materials, to make them believe the two companies were highly successful businesses.

The fraud only ended when the FBI searched one of the companies offices in August 1998, using a warrant.

But he was employed on a contract at the contentious School of Management at Swansea University, and serious questions have been raised about the judgement of the head of the School, Marc Clement. 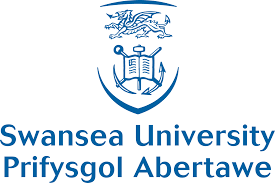 The story broken by The Eye was then followed up by The BBC.

Chan now lives with his mother in Poughkeepsie, New York.

The President of Ethos Media is Jack Namer who has a past criminal conviction.

Yet his company advisor is also controversial.

Mounting concerns about Chan’s time at Swansea have refused to disappear, and in the early days The Eye was almost alone in reporting them.

When he was still in his post at the University he proved a controversial figure.

The then Assembly Member for South Wales West, Peter Black, asked the Welsh Education Minister at the time, Huw Lewis, to make a statement regarding the appointment of senior staff at the University’s school and the qualifications of Chan.

Professor Richard Davies the Vice-Chancellor and Marc Clement the Dean of their management school, were also named.

It followed a disturbing sequence of events.

The contentious school was run by Nigel Piercy, where his son Niall was also employed, but he left after hitting the headlines over serious allegations.

Internal sources have also given The Eye information questioning the qualifications of Chan.

They prompted Mr Black, an AM at the time with the university in his constituency, to ask:  “Will the Minister (Huw Lewis) make a statement regarding the appointment of senior staff at Swansea University’s School of Management, following reports that a meeting was held between the Dean of the School, Marc Clements (sic), and University Vice-Chancellor Professor Richard Davies about the qualifications of Professor Steve Chan?”.

But information has been difficult to uncover.

We lodged a series of questions through a Freedom of Information (FoI) request with Swansea University about Chan, but the information was refused on the grounds the request was “vexatious”.

Four of the questions we asked in the FoI were:

One academic told The Eye:  “(Vice-Chancellor) Davies and (Dean) Clement can’t survive this.

“Questions must be asked about their roles.”

Yet all this controversy and revelations about Chan have not stopped him.

He has gone on now to advising a US company where the President has a criminal conviction.