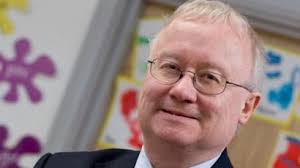 The 2017 Conservative General Election manifesto promised social media regulation. Their Government produced an Online Harms White Paper which has been out for consultation (https://www.gov.uk/government/consultations/online-harms-white-paper).

But this week the current Chancellor Sajid Javid was told in Davos by the US Treasury Secretary that the USA would retaliate if that happened  https://www.theguardian.com/business/2020/jan/22/uk-to-press-ahead-with-digital-tax-despite-us-pressure-javid-insists.

French President Emmanuel Macron already seems to have blinked at US threats.

Leaving the EU means crashing out of a multinational polity which has been prepared to take tough action against the tech giants, with serious fines being levied on Facebook and Google.

At the end of 2018, the Irish Data Protection Regulator – responsible for overseeing the regulation of Facebook across the EU – said it had ten investigations of Facebook and its subsidiaries underway  (https://www.computerweekly.com/news/252458664/Facebook-facing-10-GDPR-investigations-in-Ireland).

But after leaving the EU, the UK will be scrabbling round for trade deals in a very weak position. And the United States, where most of the Big Tech companies are based, sees technology regulation and taxation as discrimination against its domestic companies.

Facebook, for example, is under regulatory and political scrutiny around the world. A significant range of regulatory proposals has been advanced in the UK and elsewhere to address its dominance. These include anti-trust and competition policy matters; regulation of the digital advertising systems that support Facebook and others, including programmatic advertising; changes to electoral laws to reflect the realities of digital advertising; further requirements to govern take-down of hate speech, terrorist-supporting material, child pornography, and other material in some cases including disinformation or fake news, supported by fines; and action to make platforms pay a greater share of taxation, which is one way to address the negative externalities of platforms such as Facebook – making the online polluter pay – or to fund social goods such as independent news.

Belatedly, Facebook has become a convert to further regulation with its Chief Executive Mark Zuckerberg outlining a limited number of areas where the company might move (https://www.washingtonpost.com/opinions/mark-zuckerberg-the-internet-needs-new-rules-lets-start-in-these-four-areas/2019/03/29/9e6f0504-521a-11e9-a3f7-78b7525a8d5f_story.html).

Within weeks of this, Facebook lobbyists were telling Congress that Zuckerberg’s comments were for international consumption. Zuckerberg’s chief lobbyist, former UK Deputy Prime Minister Nick Clegg, has apparently warned him that once the legislative process starts, Facebook can’t guarantee it will get the regulation it wants (https://www.newstatesman.com/2019/07/nick-clegg-facebook-fixer).

But Facebook knows how to play the lobbying game. Public promises of openness to regulation are accompanied by backdoor arm-twisting against specific legislative proposals, like the Californian Privacy Act (https://www.caprivacy.org/post/icymi-ashkan-soltani-comments-on-facebook-the-california-consumer-privacy-act-and-data-privacy-in-uk-house-of-commons-committee-hearing).

They have made sure that ‘platform liability’ – holding the Big Tech companies accountable for what happens on their sites –  is a trade issue for the United States. The United States Trade Representative recently saluted the new trade agreement with Canada and Mexico which includes a clause (https://ustr.gov/trade-agreements/free-trade-agreements/united-states-mexico-canada-agreement/fact-sheets/modernizing) to limit the civil liability of internet platforms for third-party content that such platforms host or process, outside of the realm of intellectual property enforcement, thereby enhancing the economic viability of these engines of growth that depend on user interaction and user content.

Meanwhile, the EU and Japan have allowed data to flow unimpeded between the two economies as Japan’s rules were deemed the equivalent of Europe’s.

In the United States, libertarian think-tanks like the American Enterprise Institute have said that the EU’s General Data Protection Regulation represent trade tariffs or barriers by other means, and data deals should be incorporated in trade talks (http://www.aei.org/publication/gdpr-privacy-as-europes-tariff-by-other-means/). They have been critical of proposals for a digital services tax in the past (https://www.aei.org/publication/why-does-the-uk-want-to-tax-american-tech-firms/).

Last month, US lawmakers warned the UK that a trade deal would be unlikely if the digital taxation proposals went ahead (https://www.independent.co.uk/news/uk/politics/uk-us-trade-deal-tax-corporations-tech-trump-boris-johnson-facebook-amazon-google-a9037581.html).

Although the Prime Minister Boris Johnson has spoken of unfair competition from untaxed Big Tech companies, the desperation for a deal might be too much post-Brexit.

Within US politics, this isn’t necessarily just a Republican issue: in the past, former Democrat President Barack Obama attacked EU action against the major platforms as protectionist (https://www.vox.com/2015/2/13/11559038/obama-says-europes-aggressiveness-towards-google-comes-from).

The UK’s freedom of manoeuvre on Big Tech regulation could be under threat after a ‘no-deal’ Brexit. Of course, this may be grist to the mill for the international disaster capitalists in the UK cabinet like Jacob Rees-Mogg. Their transatlantic free trade dreams would demand a radical regulatory bonfire.

Meanwhile, ‘Britain Trump’ is so desperate for a deal that his promises that certain things will not be open for negotiation in international trade discussions – like the NHS  – should be taken with a strong dose of chlorine.

But don’t be surprised if tax and regulatory proposals against the Big Tech companies are the first to be jettisoned.

Leighton Andrews is the author of Facebook, the Media and Democracy, published by Routledge, and Professor of Practice in Public Service Leadership and Innovation at Cardiff Business School.

He was formerly Minister for Education and Skills and Minister for Public Services in Carwyn Jones’s Welsh Labour Governments from 2009-16, a Deputy Minister in Rhodri Morgan’s One Wales Government from 2007-9 and Assembly Member for the Rhondda from 2003-16.