Home Culture What happened to the Welsh Folk revival? 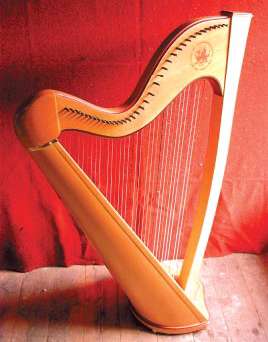 What is “traditional folk music”? One definition could be: music of “Y werin bobl”. That is songs and tunes sung and played by the peasantry and industrial workers: miners, fishermen, weavers, ploughboys etc. In a style that is unique to a culture.

What is it today, I mean in contemporary Wales; what’s it’s identity (or “brand” for the overtly commercially minded)? Mmm! We’re not sure, are we? Ok, I shouldn’t condemn the reader to my own uncertainty regarding the existence or not, of a genre we can confidently call Welsh traditional music, so- I’m not sure. But it’s my contention that we seem unsure regarding what constitutes traditional music.

Apart from a handful of notable practitioners who give more than just lip service to the importance of respecting the idiom of traditional folk music we have every kind of crossover, in multiple examples of albeit often highly inventive roots and fusion combinations, including: country folk; rock folk; bluegrass folk; singer-songwriter folk, classical folk, and increasingly a patronising banal pop-folk. And of course the stifling historic appropriation and hegemonic influence of Eisteddfodic formalism on traditional music in Wales.

What connects these perspectives is the practice of utilising our folk repertoire as merely a reference or inspiration for creating other kinds of music. Judging by sheer quantity of the type it suggests we value this kind of approach as more creative or valid than playing folk music itself in its traditional idiom. It is also by association a simple and easy way to identify ones Welshness through ones work, with all the nauseating lip-servicing worthiness that it can degenerate into.

In fact, and despite the face values (not forgetting the practical demands and agendas of public funding criteria) and, certainly novel but the often somewhat forced “originality” these approaches can yield, what happens is that the opposite is actually true. It’s a creative missed opportunity because we’re not engaging with our traditional culture on its own definitive terms- we’re failing to develop our tradition to the degree it deserves as a national culture. This phenomenon is not exclusive to Wales, but it is particularly rife in Wales. The traditional Folk idiom is obscured by a mishmash of styles and genres which has contributed to the under-valuing of the indigenous tradition as a living one and a tendency to view it as petrified, unchangeable and precious. And from the experience of this observer as the fiercely guarded preserve, and one wonders sometimes considered the property, of an idealistic academia and Eisteddfod ritualists.

In Eisteddfodic terms, it does seems as if Welsh folk traditions are viewed as skeletal artefacts of the past. Depoliticised and steeped in Edwardian parlour music sensibility. Unfit for modernising. Unless, of course, it’s part of a recipe of musical artificiality legitimised by the favourable analysis of a competition adjudicator. It’s utility reduced to a mere cultural status tool of middle class parental competitiveness.

Allow me to furnish you with examples of what I mean by not respecting idioms. You must of heard opera singers who misguidedly record albums of popular songs-haven’t you? It is amazing how classical musicians (they are not alone however) seem to think they can jump idioms with no apparent acknowledgement of contrasting aesthetic realities or awareness of such glaringly painful stylistic incongruities. I often think (hope) they are ironic jokes, but I fear not, although such efforts have often been mercilessly and deservedly parodied.

Or say, a folk tune or song arranged with a lead or an accompanying instrument that plays jazz or rock riffs or chord structures. What does that sound like? Guess what ? It sounds like jazz or rock-trust me it changes the musical signature. Fantastic, if you’re making jazz folk or rock folk or pop folk or whatever you’re after (the concept of “British folk” is what causes me the greatest confusion, musically and politically!). Good music is good music. But, what is created is something tangibly different to traditional folk even if it delves into the repertoire of folk songs and tunes; it doesn’t sound trad! Unless you change the definition of the word traditional. And, I would contest that the only yardstick, when we talk about musical idiom, is -it’s effect; or- what it sounds like.

For example: listen to the Welsh triple harp playing of Llio Rhydderch. She has the ability to transport this listener to a place that is aesthetically aboriginally Welsh. Or Robin Huw Bowens’ exquisite dance sets on the same instrument. Plethyn’s un-accompanied vocal harmonising. Or Arfon Gwylim’s interpretation of Cerdd Dant. Where he’s vocalising a different set of values to an Eisteddfodic style and presentation – a sincere understanding of the aesthetic of the form. Indeed, these examples and others penetrate into traditional musical values that are identifiably Welsh but also reappraise them.

But, generally as listeners and practitioners, I feel we should be more aware of what traditional music is, after all we have had a revival-haven’t we? Like the Irish, Scots, English and American- which is where it all began, I mean a revaluation of folk music, triggered by those beautiful Smithsonian field recordings of the Lomax’s from as far back as the inter war years of the last century. But are we?

Well, we began one characterised by, as in other countries, an initial interpretive tweeness. Ar Log’s efforts were commendable, they were one of the first to record a large and profitable repertoire of recorded Welsh folk songs-other notables too. Meantime contrast our efforts to say those of The Bothy Band or Planxty their direct Irish contemporaries. Well, in Ireland they made a new kind of folk music grown from the roots of their tradition. Where there were external influences, they were integrated into the existing idiom, its set of values and moulded by sympathetic aesthetic sensibilities. Which of course developed the tradition, introducing novelty in re-interpretation and accommodating new musical possibilities. New instruments brought new technical possibilities in a process and treatment that still crucially remains firmly traditional Irish folk.
Scotland and England have produced innovative but firmly traditional music: The Corries, Boys of the Lough, Dick Gaughan, Martin Carthy, Nick Jones and Martin Simpson who delved into their (and many other’s) traditions and emerged with a new lasting interpretation of what constitutes traditional music whilst avoiding arbitrary affectations. Many contemporaneous Welsh attempts, in comparison, sound as if the music had been learned from written sources; projecting a preservationist rather than developmental mindset.

When other countries have made such a good fist of re-invigorating and popularising their ancestral music, cementing their distinct national status’ with one of the most powerful badges of national identity and making it artistically valid and relevant to their populations and the modern world on their own terms and conditions-why haven’t we? Why do we show such little faith and respect for what is idiomatically ours?

The answer, I believe, is that successful folk revivals don’t really exist. They’re a kind of remembering-an exercise in nostalgia. They don’t have staying power because they don’t attempt to reach into the future. What is musically sustainable are folk reinventions and reappraisals. Because they are organic in nature and if innovation in folk music is to be successful, it must retain traditional authenticity. We’re yet to engage fully in such an approach, although the ides are promising. And the only place we’ll find the means to do it already exists- in our music, and of course a new attitude to developing it by trusting our sensibilities and reappraising our Welsh aesthetic. The way forward is to find our way in the doing.