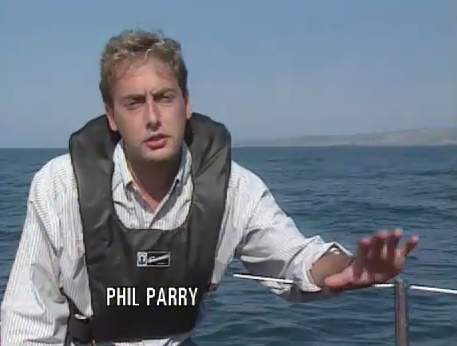 34 years ago today our Editor, Phil Parry, walked into the newsroom of The South Wales Echo in Cardiff to start life as a trainee reporter.

Here he looks back on his career.

It’s a terrible cliché, but I do remember it like yesterday.

I walked up the newsroom, which was shared with The Western Mail, squeakily in my new shoes.  The News Editor (the now sadly-departed Stuart ‘Minto’ Minton) said:  “You’re early.  Well done”.  I felt 10 feet tall, even though I hadn’t done anything.

After I told my nice middle-class dad I was getting a hard time, he said: “Can’t you just tell him, he’s being rather disagreeable?”. This made me laugh. He was quite right of course, but the thought of telling my hard bitten News Editor he was being ‘rather disagreeable’ was still a pretty horrendous one!

The pay was rubbish, under £5,000 a year, but none of that mattered when you were a young man in a hurry.

Immediately after arriving on the Echo I was sent for basic journalist training in Newcastle, in things like law, shorthand, and the workings of local Government.  We did pieces for The Evening Chronicle and the morning paper The Journal.

It’s a bit of a bugbear of mine that this is actually very important.  I think all journalists should know how crucial facts are, and the accuracy of quotations.  It’s like building a house on firm foundations, and the same in news.  From these foundations all other forms of journalism are created.

In this era of ‘fake’ news it matters even more.

A knowledge of the law is crucial.  I have been wrongly threatened with libel countless times; including a threat from a fellow journalist for an accurate satirical piece, who used the extraordinary words “satire is no defence against libel” (it can be).   He is meant to be one of the most senior journalists in Wales, yet plainly knows nothing about libel!

I applaud my then-employers (Thomson Regional Newspapers, TRN) for seeing the importance of basic journalist training.

Once the first journalist exams had been passed, I was despatched back to Cardiff where I signed my two-year ‘indentures’, which was a very formal affair in the Managing Director’s office involving such luxuries as biscuits. The MD of The Western Mail and Echo (within TRN) was Howard Green, the father of the present deputy Prime Minister (although not called that) Damian Green.  We thought it was extremely funny to turn his name around so he became ‘Green Howard’.

For those (you know who you are!) who came after me, I’m ashamed to say I was involved in a magnificent wind-up, when we persuaded the new trainee reporters of both The Western Mail and South Wales Echo that they would have to sing a company song at the signing of the indentures.  We even wrote it out for them, the only line of which I can remember is “from shore to shore, the pen is mightier than the sword!”

I saw them desperately learning the words before they went in! 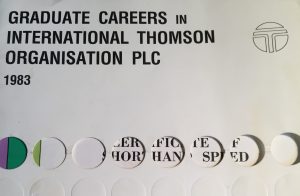 There followed an endless round of stories about damp council houses and down-page news about poor individuals in Cardiff Magistrates Court, many of whom were up for nicking cars, or Taking Without the Owner’s Consent (TWOC) as it was known. I have often thought inside a ‘mags court’ would make a brilliant documentary series, because all human life is there.

The most serious crimes were kicked upstairs to be tried in Crown Court and both had dedicated reporters.

The whole Western Mail and Echo building would shake when the printing presses were running with our stories.

I remember covering picketline violence during the ’84 to ’85 miners’ strike.  Hostility towards the media was very real, even though that should never have been directed at reporters from local newspapers.  On the Echo, for example, we knew a large chunk of our readership was based in mining communities.

This was all eye-opening stuff to a sensitive, fresh-faced youngster straight from university!

It was also startling to be confronted with what seemed like the incredible array of characters on the paper then.

One shambling slovenly reporter didn’t have time to eat, so he kept a meat pie in his pocket. Another was excellent in the morning, but couldn’t be relied upon to provide accurate copy in the afternoon because that was after he had been to the pub and had had a few drinks. An extremely glamorous older woman (although far younger than I am now) wrote an esoteric almost incomprehensible column, but was favoured by the then Editor, Geoff Rich.

We would cover major UK and international stories, as well as events in South Wales, but every day started with a news ‘conference’ held by Mr Rich (even now I find it hard to shake that ‘Mr’ off!) who is also now dead, although less missed among journalists than Minto.

During our on-the-job training, we were sent to be sub-editors for three months, and it was during this period, I remember, we covered the Brighton bombing, which involved taking in ‘national’ (by which I mean UK) copy and photographs.

All the key departments like news, sport and features, attended the morning conference, and the heads of those departments would put on their jackets for it – they had ties in their pockets.

One reporter who was always late, knew he could slip into the back of the newsroom when Minto had gone into conference. 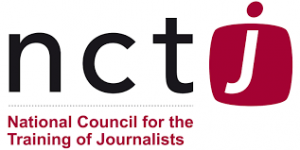 The stories I found most difficult included the ‘death knock’ when you would have to visit the family of a child who had been murdered, or killed in an accident.  In those days it was vital to get a picture (the ‘pick-up pic’) because there was no social media to take it from.  You would always lie to Minto and say there was nobody in, and he would invariably know you were lying as he asked you to try the neighbours.

I remember on one occasion, when I had plucked up the courage to knock on the right door, I had effectively to ‘perform’ in front of all the relatives, as they sat around pissed. When I finished my spiel, including the bollocks about it being a ‘tribute’ to the dead child, one of them silently got up and gave me a picture.

On another, after a child had died following a fall from a tree – his parents WOULD give me a tearful interview, but WOULDN’T give me a picture.

One reporter I knew smoked specially long cigarettes so he would have an excuse for spending longer on the doorstep before he was kicked off!

You were ‘allowed’ a certain level of expenses (or ‘exes’) to bump up your pay – all completely illegal of course!  I was allowed £8 a week. On one occasion I had the audacity to increase the ‘claim’ to £10, but Minto took it down again, saying sternly “we can’t have this”.

But there then followed a ‘fight’ over exes, so it was all nothing compared with what was to come!

A ‘Good story part two’ is tomorrow when Phil describes what happened in the South Wales Echo newsroom, and how he learned the ‘techniques’ of reporting news.