Edwin Phillips reads an internal BBC email to staff after the huge outcry prompted by a Newsnight item asking whether Welsh was a ‘help or a hindrance?’ with two guests who did not speak the language.

From:  The Head Of Apologies Department.

To: Staff Worried By Reaction To Programme.

Just because we have said we “regret” our item on the Welsh Language does not mean we are sorry.

Look at what we said:  “We… believe it was important to look at this topic (the Welsh language) and we will do so again in the future”.

So stop worrying and hold your heads up high.

Ignore the fact that neither of the guests on the Newsnight debate in studio were Welsh speakers.

That does not matter – there is a limit to ‘balance’!

After all we did say:  “Whilst different perspectives were included in this item on the Welsh language, the discussion of such an important subject would have benefited from more thorough analysis and debate”.

We said it was an ‘important subject’ there, which must surely satisfy The Welsh Language Society! 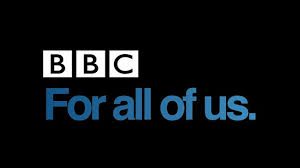 Even our Arts and Media Correspondent in Wales Huw Thomas, said:   “many questions remain, among them: Why begin with a headline that talked of the ‘hindrance’ of the language? Why cast two guests who do not speak Welsh to debate the merits of the language?”.

Disregard that Alun Davies said it was “lazy” and “shoddy” journalism.

He continued to have a go at our esteemed SLIMEs (Senior Language Intensive Management Executives), and officials of DORKs (Department Of Regional Knowledge) and TITs (Territories Information Technology).

“But I believe the BBC’s problem goes further regarding the BBC in London’s editorial values.

“It’s a very serious question for the BBC.”

What does he know anyway?

He is only the Welsh Language Minister!

Ignore too the endless words in print and broadcast of condemnation, and that a petition was started after the report.

It means nothing that 1,500 people had signed the petition in the first 12 hours.

So go about your business with pride and remember only to interview people who speak English.

We need your help for us to commission and pay writers for original and exclusive articles. If you ‘d like to contribute (for as little or as much as you like) you can do so by clicking on the link below.