Documents seen by The Eye reveal a lecturer union’s “disappointment” an annual survey about the health and wellbeing of staff at a controversial Welsh university has been postponed amid disclosures that the institution is seeing a rise in stress-related illnesses, that it has tumbled in the latest rankings and now the contentious Vice-Chancellor may face a no confidence vote.

Frustration among workers at Cardiff Metropolitan University (CMU) is clear.

One internal source told The Eye: “Staffing levels are completely inadequate. Sickness levels and grievances are through the roof across the university”.

“Colleagues at CMU are contemplating a vote of no confidence in the Vice Chancellor (Cara Aitchison) as things have become such a mess.”

Ms Aitchison’s university has slumped 10 places in the Complete University Guide 2019 table to joint 77th, the only Welsh university to decline.

She was appointed 18 months ago from Plymouth Marjon University which came second from bottom in the entire sector.

Yet the devastating news is set against the disturbing background of CMU about to make another senior appointment.

The institution has advertised for a new Chair of Governors from July, to take over from the former senior police woman, Barbara Wilding.

Officials at CMU are confident of their chances, and in the advert state: “We are an award winning institution both internationally and in the UK and have a learning community totalling 17,000 students (10,000 based in Cardiff and 7,000 studying with collaborative partners), with an enviable reputation for employability and teaching excellence”.

But others are less than happy.

The internal source told us:  “It’s carnage and all this turmoil is going on whilst they expect to recruit a new chair of governors”.

Allegations about the postponement of the health survey have further enraged staff as sickness among staff has increased.

In a newsletter to members at CMU the University and College Union (UCU) wrote last month:  “… your UCU Branch Committee is concerned at the rise in the number of members reporting stress-related illnesses this academic year and has issued advice concerning resources members can access to seek support at an early stage (see email from the UCU Branch Chair dated 9thMarch 2018).

One worried academic at CMU told us:  “Our colleagues in Unison (another union) are conducting their own staff survey as their members are under the pressure of a professional services restructure.

“They have been told to expect to manage more with no further resource.”

Our troubling revelations on The Eye are set against another worrying background about the institution.

Academics at the university have described to us their fears about a drive to absorb thousands more students and turn it into a business.

But one of our sources at the university, who was too scared of retribution to be identified, told us:  “The drive for more students is clearly laid out…  the worrying thing for us is how the management see the university as a business”.

In the past though CMU officials have been upbeat.

Yet there is obviously deep unhappiness among staff at CMU.

An academic staff member told us earlier:   “We have no more students studying in Cardiff than we had last year.

But it is not simply the recruitment of more students which has proved controversial – CMU has hit the headlines for other reasons too.

More than a year ago the university was accused of censoring free speech for banning phrases such as “right-hand man” and “gentleman’s agreement” in favour of more inclusive, gender-neutral language. 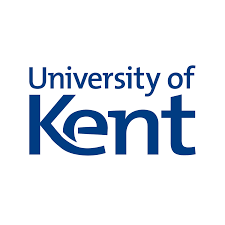 Yet some academics were deeply offended by this move.

In the month before the university ban was reported, officials withdrew controversial plans to build a huge extension to its campus in a residential suburb of Cardiff after a wave of protests.

Neighbours had complained the proposals would have a detrimental impact on those living nearby.

This impact could have caused more stress among the staff at CMU and would have shown up in their annual survey.

Except it has now been postponed.

Next week on The Eye – an internal email to staff at the university celebrates the official ‘achievement’ in tackling ill health.