Home Investigations Secrets of the trade

After describing how he was helped to break into the South Wales Echo office car, recalling his early years in journalism at the start of a 34-year career, the importance of experience in the job, making clear that ‘calls’ to emergency services and court cases are central to any media operation, as well as the vital role of the accurate quotation, here our award-winning Editor Phil Parry describes the undercover reporting techniques needed to secure a story.

Unfortunately as an investigative reporter I have had to use subterfuge many times to get at the truth.

Over the years I have worn hidden cameras, posed as a long-lost relative, secretly recorded people, and kept a whirring tape recorder in my bag.

I have even presented myself on the doorstep of an interviewee knowing she thought I was a policeman, in order to get the information needed – although I stress I have never impersonated a police officer as this is against the law.

Bizarrely when I was working for BBC Panorama long before my HSP set in, I rang up a leading Cardiff barrister for a quote and NOT recording the conversation, he said:  “This is being recorded”.

This remarkable interchange stresses that the line between comedy and drama is very finely drawn, and on the same Panorama programme I was treated to more classic examples of this.

To record one particular interview (with a serving and potentially murderous police officer) I wore a hidden camera in my tie which became very hot.

I kept having to move my tie otherwise the heat would have become unbearable on my chest!

The interview was being conducted at a safe location in Neath where I knew the windows were on one side.

I hared up the stairs with my producer in order to sit with my back to the window so the police officer would have to take the seat with his back to the wall and the light on him.

I knew that if he had taken the seat next to the window, the light behind him would have rendered the shot useless.

I remember thinking to myself this is so ridiculous it would make a brilliant sit-com!

In order to do any secret filming at The BBC you had to surmount all sorts of bureaucratic hurdles and get the agreement of your Editor.

You also became aware of how useless technology can be in these circumstances.

On that BBC Panorama programme, both my producer and I were wearing hidden tie cameras, but his broke down so we were reliant on mine which thankfully kept working despite my repeated moving of the tie!

My producer wore glasses and he told me once that interviewees often thought a recording device was fitted into his spectacles case!

You will be glad to know we secured the interview with the police officer and he effectively confessed to murder.

Knowledge of how to do these sort of things legally is almost as important for journalists as knowing the libel laws.

Sadly it seems some others in journalism do not know those laws.

Luckily using these kind of techniques, though, has brought me many awards and the risks were worthwhile. 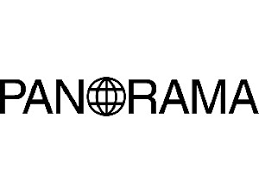 I was always oblivious to any danger but looking back I suppose it was ever-present.

I recall on one occasion The BBC paid to have my home wired for intruders and panic buttons installed at my bedside and on the landing.

In fairness to the organisation, officials even paid for a security expert to come from London to talk to me.

I remember he was most concerned to know whether I had a regular pattern of movements, and who and from where the children were picked up after school.

I had to go X-directory (I still am) and have my car number plate blurred out on programmes, because it was in a couple of shots.

My family are only hearing about these things now!

Long before I started The Eye, the Editor of another TV programme I worked on, said I was the bravest journalist he had ever known, but I can honestly say these risks never entered my mind.

You just did your job.

Tomorrow – more disturbing revelations of ‘turmoil’ inside a Welsh university.