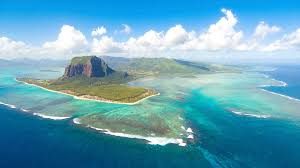 Senior academics at a troubled Welsh university have condemned the timing of an announcement of huge job cuts following news that a disastrous venture on a holiday island will end, The Eye can reveal.

The Aberystwyth University campus on Mauritius is now to close after our disclosures of deep unhappiness among staff.

But the shadow of the debacle still hangs over the university.

One academic told us:  “Now we hear that colleagues are losing their jobs.

“The whole thing has been absurd”.

Another said to The Eye:  “We don’t know if these job cuts are connected with that Mauritius business, but the timing is suspicious!”.

Dozens of lecturers at Aberystwyth face an uncertain 2018 as the university embarks on another round of job cuts in the face of a mounting financial crisis.

Up to 30 staff in the world-renowned International Politics department will “in all likelihood” be lost “in the coming months” , department head Professor Richard Beardsworth said in a letter to students, sent just days before Christmas.

The news comes at a difficult time for Aberystwyth.

Last month The Eye showed how furious staff at the university had slammed their Mauritius campus as a “complete waste of money”, and how its closure came after relentless pressure by us.

It was built to accommodate 2,000 students, but just 106 enrolled in its second year.

We revealed how the cost too of the move had proved contentious.

One member of the university told us then:  “Now we know the expensive folly of the Mauritius campus.

The ramifications of the closure of the campus were wide and reached a political level.

The Plaid Cymru Assembly Member (AM) Simon Thomas, a former Aberystwyth student, said opening it was “not a wise move”.

In May last year a former Vice-Chancellor of Aberystwyth condemned the decision to create it in the first place.

Prof Derec Llwyd Morgan, who ran the university from 1994 to 2004, said the figures showed it was a bad decision to go to a far-flung country.

The decision to open it was taken at a time when the university was facing severe problems at its main headquarters in Ceredigion.

Yet officials had remained upbeat throughout

But the campus was opened as Aberystwyth faced enormous financial problems because of falling rolls.

Earlier last year we disclosed how the then ‘acting’ Vice-Chancellor John Grattan, had also outlined the hugely-damaging effect of Brexit, when the university was seeking to attract students from overseas.

But Aberystwyth’s International Politics department will not be the only one facing further cuts under the university’s Strategic Implementation Plan 2017 – 2019.

We understand jobs are likely to be axed too at the History department.

The latest round of redundancies follows the loss of 40 posts through voluntary redundancy last year.

In October it emerged that jobs were to be cut in the Theatre, Television and Film Studies, Education, Information Services, and Planning departments.

Perhaps Aberystwyth University officials will say “Happy New Year” and “Blwyddyn Newydd Dda” in the letter to staff telling them they face the dole queue.

Tomorrow – why our Editor Phil Parry, was exhausted covering a charity bike ride for The South Wales Echo.