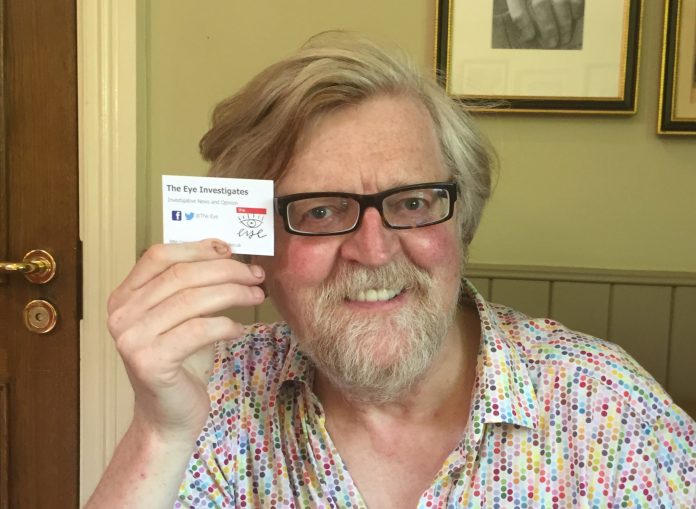 Our columnist Boyd Clack explains why gambling is a mug’s game.

In the supermarket today (a local one, one of the small ones, a baby supermarket in fact) I was just standing there in the queue and noticed how many people were spending money on those ridiculous cards they sell, you know the ones – ‘Casho!’ or ‘European Roll Over Jackpot’ or whatever.

There are literally dozens of them.

The purchasers seemed as if they were in a trance, asking for them in dull, dead voices, sometimes pointing in the general direction of the glass box they keep them in.

They would cost £5 or £10. The people would add the order at the end of hearing how much their groceries came to, and say “Oh and give me five ‘Big Bingo’ cards as well love!” as if they had only just thought of it when it was clear they wanted them all along.

They do this because they feel embarrassed. They do not want to be thought of as one of the poor, desperate, broken souls for whom playing these sad games of little or no chance is a highlight of their empty lives.

The young woman behind the counter asks them questions about it.  “Friday or Tuesday” is one question I heard.

My mother and my brother were addicted to gambling. It had a hugely detrimental effect on their lives. I remember the nasty atmosphere when they lost a lot of money.

I have never gambled on anything A because of an aversion built up by my history and B because though I am not the sharpest tool in the drawer it seems a self-evident truth that if people could win at gambling there would be no gambling or as my old man succinctly put it “You never see a poor bookie”.

Am I right here?

Oh, I know that the occasional person wins. They have to in order to keep them all hooked. Some, a handful, even win in the long run, and they are held up as examples that you too could be such a winner. But they are in fact rare exceptions that prove the rule.

I repeat that if gamblers could win at gambling there would be no gambling.

The real reason I have never gambled is because I know that I would lose, and the reason I would advise you my friends not to gamble is that I know that you will lose too.