After the South Wales Echo newspaper promoted a beauty contest and its sister website WalesOnline offered readers pictures of “stunners” amid ‘reporting’ of ‘stories’ about a new bar opening where ‘girls’ danced for male customers, but is now publishing articles about women who have fought for equality Edwin Phillips reads an angry email from an organisation defending the traditional role of females.

From:  Women Are Not Known (WANK).

It has come to our notice you are employing the journalistic technique known as ‘reverse ferret’.

After correctly promoting features about attractive girls, and bars where men can rightfully enjoy viewing the female form, it appears you are now reporting stories about ladies who have done enormous harm to we men.

For example the South Wales Echo faithfully reported the unveiling of a statue of Millicent Fawcett who claimed she had fought for women’s rights with a large picture and the headline:  “Bronze statue of suffragist unveiled”.

Two weeks ago your so-called newspaper published another article which detailed an absurd campaign for Cardiff’s first statue of an ‘historic woman’, as the paper put it, with rows of ladies lined up in the Welsh assembly.

This is clearly a plot by the fairer sex.

You were on the right track when you promoted Miss Wales – ignore ridiculous organisations such as the Women’s Equality Network (WEN), and Sarah Rees of WEN Wales telling The Eye: “Beauty contests do nothing to support women’s equality, in particular the representation of women in the media”.

Your reports have been correct in the past.

In one, on page three of the Echo (which we understand is the second most important news page after the front where there was a ‘tease’) a full picture of the lovely Elizabeth Jenkins was published.

She was shown in her Miss Wales 2018 sash, with another photograph of her at work in the male role of mechanic.

This report had a wonderful intro worthy of our UK tabloid newspapers from years gone by and obviously written by a man:  “A mechanic is swapping her oily overalls for glittering ball gowns – in a bid to become a top beauty queen”.

This is fine reporting and others like The Eye should take a leaf out of your book.

We decry the fact that this sort of language was in wide circulation in the 1970s, but now it is not.

The headline on the website was an example of the genre, advertising a piece about it from that time:  “Miss Wales 2015: Meet the 34 finalists hoping to wear the crown”.

We applaud the fact that in 2016 you published 17 articles about the Cardiff bar Coyote Ugly where young ladies dance in a becoming manner for male customers.

It was entirely right your WalesOnline Editor Paul Rowland threatened to sue the Editor of that scurrilous website The Eye, Phil Parry, after a satirical item was published drawing attention to this excellent reporting.

Mr Rowland was dignified in using the words: “I’m placing it (the satirical article) in the hands of our lawyers”.

Apart from his organ liking beauty contests, he is also an excellent wordsmith and has a great knowledge of the law.

But he added, apparently incorrectly:  “Satire is no defence against libel”.

It was absolutely justified that your Western Mail writer Carolyn Hitt was named Columnist of the Year at the Regional Press Awards on Friday.

She is, though, unfortunately a lady doing a man’s job.

She was congratulated by her ‘super proud’ Editor Catrin Pascoe, who is also a person of the female persuasion in what has always traditionally been a male role.

This too is unfortunate.

But this lady does at least appear to approve of the WalesOnline approach to what constitutes news.

She called them “fabulous” on Twitter when she received the supplement of the year award at the Regional Press Awards. 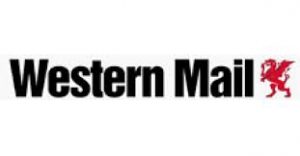 She, like all of you, should ignore those of your readers in WalesOnline who were seemingly unimpressed by what you have published in the past.

Sarcasm was the lowest form of wit when one said in the comments section:  “Scantily clad women dancing on a bar, serving drinks in-between, whilst men look on but can’t touch?No sexism there. At all.”

Your coverage has followed a noble tradition where the original role of ladies has been shown as attractive home-makers with pictures of them in the kitchen.

Some might call this old-fashioned in 2018 but we do not.

In the year before all those Coyote Ugly pieces, in September 2015, your rugby correspondent Simon Thomas said on Twitter he was “mortified” when a brilliant report appeared in WalesOnline about the wives and girlfriends of Welsh stars before the rugby world cup.

He should be sacked for criticising such superb reporting.

You even featured photographs of the young ladies to support the piece, and plainly you support us because you called them “glamorous”.

Words like this should be used more often – and your past backing for our cause of putting ladies in their rightful place is laudable.

If you pursue your original course you can win more awards than that odious Phil Parry, who allegedly won them for reporting ‘real’ stories.

Next week Edwin Phillips reads an email from an angry viewer to BBC Wales about a new presenting line up after the regular presenter left for a TV station accused of being a mouthpiece for an autocratic President.

Tomorrow – proper journalism on The Eye as we report why the family home of a crooked property ‘expert’ in South Wales exposed by us, is now for sale.