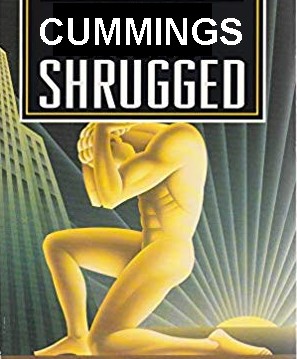 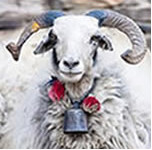 The main take-away (for me) from reading Dominic Cummings’ blog and other commentators is that he has almost total contempt for politicians (especially Tories like ex-chancellor Philip Hammond), the Civil Service and so-called ‘captains of industry’. Ayn Rand Objectivists call these people ‘moochers’.

This is because NOTHING ever gets ‘done‘. The only exception to this is during wartime and even then we know full well from history the many blundering Captain Mainwaring architects of wartime disasters. We also know who is in the firing line cannon fodder – you and me.

I have some sympathy with these views. Nevertheless, as your Bellwether, I should be predicting the likely consequences of having a Richard Dawkins-like Mars Attacks caricature, EU subsidised, atheist big brain as the in-situ Objectivist ‘uber-influencer’ of the Brexitories.

The British class system has resulted in numberless legions of ‘moochers’,  ‘jobsworthies’, ‘Peter principled’ and intellectual mediocrities.  This is why infrastructure like the third runway at Heathrow, HS2, the Newport M4 extension and so on, is ‘nimbyed’ or never ‘gets done’. This is why inventions and businesses originating in the UK by UK scientists and technologists always end up being sold or taken on by the US, Japanese or Chinese. This is why we don’t have car, steel, energy and transport industries anymore. This is why we don’t have a UK originated/controlled telecoms or internet industry anymore. This is why our nuclear power stations are built by the French or Chinese. This is why we can’t build a motorway between the North and South of Wales or even something simple like the infamous ‘bike path to nowhere’ along the Towy Valley.

Cummings success, politically, is that he can see, recognise and focus on the ‘simple and the blindingly obvious‘, whereas most politicians and voters are too blinkered, distracted or too stupid. Yep, you and me both! To him, the causes of the divide between the supporters of remaining in the EU and BREXIT were obvious and in plain sight. Therefore, he plans his campaigns, actions and advice to Boris Johnson on what he perceives as obvious (to him). He also posts some of these thoughts on his blog because he knows that they may well be read but by so few people that nobody will actually believe or actually act on them. He isn’t bothered or worried. He has shrugged it off. His writings and thoughts are far too intellectual and clever to be questioned by the hacks in the MSM such as the Express, Daily Mail or even Newsnight and the Guardianistas. Clearly though, chancers like (f*ck business) Boris Johnson, (Give me your money and your life) Aaron Banks, (Independence Day) Nigel Farage and others in the alt-Right have been persuaded and become ‘true believers’ in ‘The Cummings Ideology‘ and hence ‘The Cummings Agenda‘.

So what is in the Cummings Agenda? What is in store for us poor sheeple over the next few weeks and months?

Keeping it simple. The Three B’s .

As I have already intimated in a previous post I think Mr.Cummings is opposed to ANY ‘freedom of movement‘ between the EU and the UK. This is not because he doesn’t like Europeans or even the EU political arrangements per se. I doubt very much that he is a racist or anti-religion (no-one of any intelligence is). He is, however, extremely concerned about pandemics and the impact of global warming on the movement of populations – climate refugees. BREXIT is one way (albeit extreme) of ‘taking back control of our borders’. To Cummings, it is supremely obvious and simple that this is what people were really thinking and voting for in the 2016 referendum.

Strictly limiting immigration of any kind, to any populace, to any agriculture might isolate and protect the UK from future predicted virus pandemics, natural or weaponised.  Whether this would work is a moot point. It does, however, fit with Cummings view of predicting and doing the ‘obvious‘ no matter what the cost or the naysayers or the ‘politically correct‘.

So will Dominic Cummings be viewed by history as a hero or a villain? Is he trying to stop ‘the motor of the world’?

Also available as an eBook on Amazon.