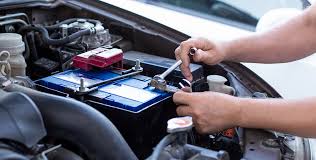 The scrapping of plans for a potential South Wales plant with a dubious electric car battery start-up company, has placed a major question mark over the enormous fanfare that greeted their announcement by the mainstream media as well as senior politicians, The Eye can reveal.

Only our journalists had disclosed that a key director of ‘Britishvolt’, had a failed business behind him, possessed links to a former football club owner who was jailed for fraud, and another one until recently lived in a small flat in a Cardiff terraced house.

Our research could find no record of any director having a background in battery manufacturing.

The venture, though, was met with wild acclaim in the mainstream media when it emerged.

BBC Cymru Wales proclaimed:  “The firm behind a proposed battery factory which could create 4,000 jobs has listed a site in Wales as its ‘preferred option’”.

The website WalesOnline declared: “Plans for a giant factory and thousands of jobs for the Vale of Glamorgan have been revealed.

“Battery manufacturer Britishvolt announced … that two sites are in the running for their factory, with Bro Tathan business park (near St Athan) leading the way.”

In July it said:  “Plans for a factory producing electric car batteries that would bring thousands of jobs for the Vale of Glamorgan have moved a step closer.”.

“The project in south Wales, which is designed to put the UK in the race to be a global hub for the electrified vehicle industry, comes from Britishvolt, a start-up company founded by a Swedish automotive entrepreneur best known as a former associate of Vladimir Antonov, the jailed Russian businessman.

“Britishvolt has unveiled plans to build a gigafactory capable of producing 10 gigawatt hours (GWh) of lithium ion batteries a year from early next year at Bro Tathan, on the Cardiff airport commercial complex where Aston Martin Lagonda has opened its new carmaking factory.”

Now, though, the scheme for Wales has been ditched, but crucial facts about the men behind it could have been easily discovered.

Investigations by our journalists at Companies House and elsewhere, revealed that a prominent director of Britishvolt was Couroush Alai who until recently lived in a modest flat at Lily Street in Cardiff, which appeared to be a terraced house converted into flats.

Another director, from Sweden, (described as the company’s ‘founder’ by The Times) was Lars Carlstrom who had been involved in a coach company at Coventry that was in debt to creditors for around £1 million.

He had also been director of a watch manufacturer called Thrupp and Maberly which has now been dissolved.

In 2011 it was reported that Mr Carlstrom was the “representative in Sweden“of Vladimir Antonov who has been jailed for fraud.

Mr Carlstrom was involved in a sale and leaseback deal of property and plant belonging to the Swedish car maker Saab.

At an extradition hearing, the former ‘representative’ of Mr Carlstrom, Russian-born Mr Antonov, who once owned Portsmouth FC, said that the charges against him were part of a politically-motivated plot.

Mr Antonov, whose father was shot and injured in Russia in 2009 over a suspected business dispute, claimed that he was at risk of attack in prison if he was sent abroad to stand trial.

Meanwhile Britishvolt’s ‘Chief Executive’ Orral Nadjari, has now said:  “The first UK gigaplant will… be in an alternative location which we will be announcing soon”.

That ‘alternative location’ is to be in the Blyth Valley in Northumberland, and in the way the news has been welcomed, there would seem to be an uncanny echo of what has happened in Wales.

The Blyth Valley MP, Ian Levy, said:  “This is an incredibly exciting announcement that will have a massive impact in the constituency and the surrounding area for decades to come”.

It was less exciting to hear the fanfare that greeted the possible arrival of a ‘business’ where the ‘founder’ was linked to a man jailed for fraud.

Never has the phrase ‘I told you so…’ seemed so appropriate…

Tomorrow – why a so-called ‘comedian’ behind a controversial ‘new’ Welsh media service, promised the public a fresh ‘update’ but then offered complete silence.