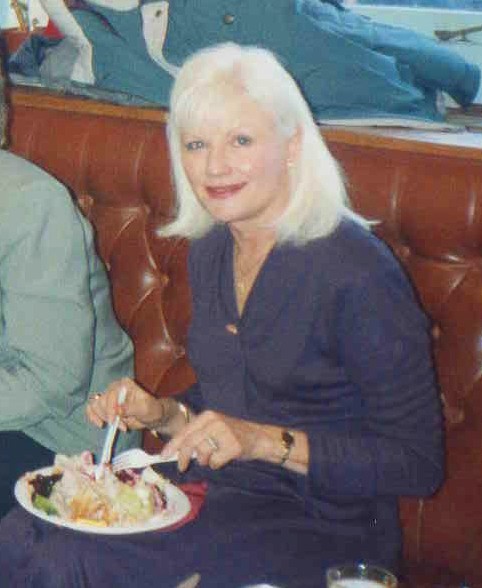 Three years ago The Eye published a story about a woman called Ira.  She had been adopted, and died in Cardiff still searching for details of her birth mother. An Estate Agent in the city had been asked to value her house for probate because she had no known relatives. Key documents were gathered together in a cardboard box which our journalists sifted through, but contained no picture of her. We have now been contacted by a distant cousin of Ira’s who had seen the story and explained a little of her astonishing background, as well as information concerning her birth parents. We here reproduce the original story, and the comments as well as photographs we have been sent.

There is nothing special about a cardboard box.

Except when it contains the life of an extraordinary adopted woman who was desperately seeking knowledge of her biological mother.

She was known as Ira Mills-Calford from the Heath area of Cardiff, but her name at birth was Dorothy Parry and she was given up for adoption as a baby 74 years ago in Gloucestershire.

She had no known relatives who could be traced after her death from cancer recently emerged, and in her Will she left all her money to charity.

Reading the documents in the box, it is clear that over a long time she had made concerted attempts to find out about her birth mother.

In a letter dated November 25 1995, from the ‘General Register Office’ in the ‘Office Of Population Censuses & Surveys’, details are revealed, written in a spidery hand, of an appointment at the ‘Fostering and Adoption Office’ with the ‘Newport Home & Family Finding Team’.

Stuffed into an airmail envelope is a copy of her biological mother, Irene’s, birth certificate from April 20 1922, with the registration details giving her home as Newnham in Gloucestershire, so Irene would only have been 20 when her daughter was born.

Closer inspection of the airmail envelope shows that it came from the ‘Family History Library’ of ‘The Church of Jesus Christ of Latter-Day Saints’, otherwise known as The Mormons who have created a vast archive by collecting the birth details of long-dead people.

A leaflet in the cardboard box is from the ‘Family Search Center’ of the Church’s headquarters in Salt Lake City, in the USA. 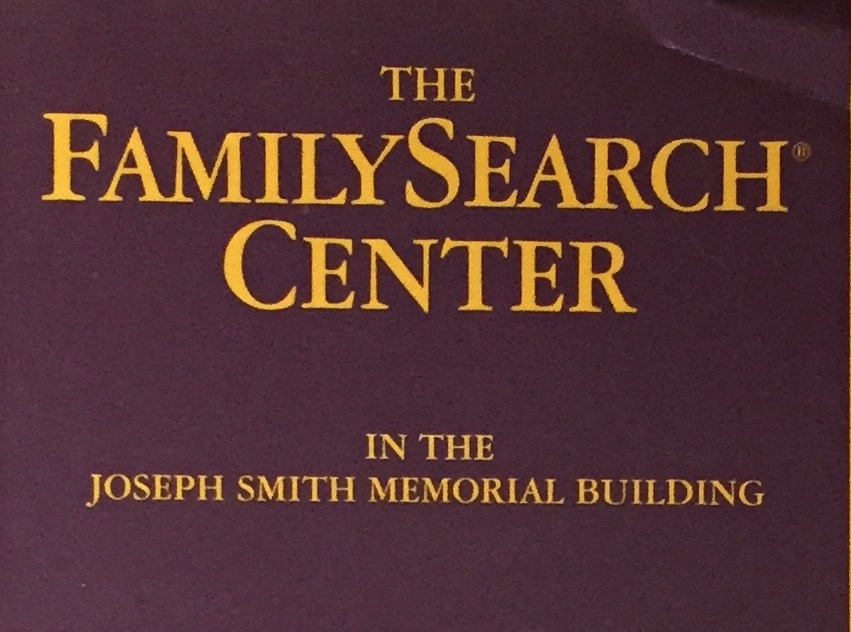 So Ira had contacted The Mormons to provide information about her birth mother.

Earlier the same year on May 16 1995, she had been given authority from England’s ‘General Register Office’ to receive details from ‘Littledean Juvenile Court’ about ‘the name of the adoption society or local authority which made arrangements for the adoption of (written in pen) Dorothy Jeanne Parry‘, at the age of just eight months.

She must have had a happy childhood though, with her adoptive parents in Cardiff.

In the cardboard box is a small dog-eared drawing of a Christmas tree with on the back, in a child’s handwriting, “To Mamey From Ira”.

Along with endless documents about life insurance, Ira kept cards from well-wishers after her adoptive mother’s death in 1992.

One says:  “No one could have done more…”

She has also kept mementoes – including a copy of the Western Mail from August 12 1961 with a picture on the front of Prince Andrew as a very young boy, and an advert for ‘The Compton Electrone’ with the wonderful slogan “Only the BEST is good enough for YOUR Church”.

It says the “Sole Agent for South Wales” for “The Compton Electrone” is the “TARRS” store “PIANOFORTE & ORGAN DEPT.” on The Square in Ammanford, giving a four digit telephone number.

A front page story in the Mail is headlined:  “PHONE CALL FROM MAN IN WARSAW”.

Inside is details of the GCE (as it then was) examination results, printed with the words: “PROVISIONAL pass lists in the General Certificate of Education advanced level examinations of the Welsh Joint Education Committee are published below” along with lists of the lucky people in each county of Wales.

Perhaps this is why Ira kept it. 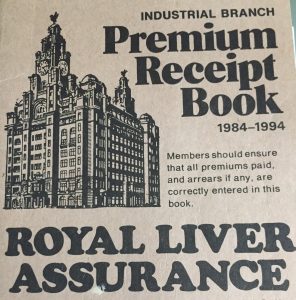 There is no photograph of Ira herself in the box – she would presumably have been far too modest for that.

The ‘look-at-me’ celebrity news of today might have been beyond her.

Did she ever marry?

It seems Ira remained a spinster all her life – one of the letters in the cardboard box is addressed to a ‘Miss’ Ira Mills-Calford.

Intriguingly there is a photograph of a handsome young man in a hat and wearing a flower in his buttonhole, but judging by its age this is almost certainly her adoptive father John Calford.

He was a ‘Plumber, Decorator & General House Repairer’ and his business card is also in the box with the same address in Cardiff where Ira grew up.

She inherited the house when both her adoptive parents died.

Census records show that Ira always lived in the Heath suburb of Cardiff, and ended her days there.

All this amazing life has been reduced to a few possessions in a cardboard box.

THE FOLLOWING COMMENT BELOW THIS ORIGINAL STORY, WAS RECEIVED BY THE EYE RECENTLY AND ADDED TO THE STORY OF IRA’S EXTRAORDINARY LIFE:

Hello there. My name is Kevin Marsh. Ira Mills Calford was a distant cousin of ours. We are from the Forest of Dean in Gloucestershire, where Ira was born in 1942. She was born illegitimate and her biological father was William (Bill) Morgan of Cinderford, Gloucestershire, the first cousin of my grandfather Frank Weaving. As a baby, she was adopted by Annie and Jack (John) Calford from Cardiff in Wales. Mills was the maiden name of William Morgan’s mother. She learned the identity of her biological father in later life, but obviously she was looking for her mother too. In the family, we did not know her identity as it was such a long time ago. We used to see her regularly, but we all lost contact in later years, as Ira divided her time between her house in France and Heath in Cardiff. Ira was always a bit of a loner. Sadly, we had no idea that she had passed away until long after the event. Many thanks

IN SUBSEQUENT CORRESPONDENCE WITH OUR EDITOR PHIL PARRY MORE INFORMATION WAS SUPPLIED BY MR MARSH, INCLUDING PICTURES OF IRA:

Cousin Ira was quite a character, an extremely attractive woman, slim and striking, opinionated, vivacious with a sharp wit and a sharp tongue too at times. Extremely intelligent, she was an English teacher at a secondary school in Cardiff for many years. She could be a little unpredictable at times, and I think she once told my mother that she may well have been diagnosed as bipolar.
She was always on the outskirts of the family due to her background (and physical distance) though she was never excluded.
I believe Annie and Jack Calford were also distant cousins based in Wales, so Ira remained in the family so to speak.

For us as children she was quite a glamorous figure. She was well-travelled and spent some time in the US on an educational exchange tour. She bought a place in France though she eventually came home again.

She always said she loved being with her Forest of Dean cousins, especially her male cousins who made a fuss of her. She had a soft Welsh accent, could speak some Welsh, but she was always proud of her Forest roots.
She always knew she had been adopted and that she was connected to our family, though it was only later that she was given more details. It was all rather hush hush when she was growing up. She was a wartime baby having been born in 1942. Different times.

Apparently, her biological father William (Bill) Morgan came face to face with her on a number of occasions while she was growing up, without her realising. It’s said they were alike in character and looks. People said he was fascinated when he saw her but kept silent.

None of us had any details of her biological mother until the article I saw online, except that she was young… about 20 when Bill was about 33 or 34 at the time.
Her adoptive parents, Annie and Jack, were lovely people, and Ira was devoted to them and they were proud of her too.
She never married though I think she had a number of interested contenders. She loved animals if I remember rightly and was heavily into amateur dramatics in the later years of her life too. She worked behind the scenes at a theatre in Cardiff as a volunteer I believe.
Strangely in the last 5 or 6 years of her life she vanished completely from the family scene. It was as if she had cut herself off.

Key members of the family passed away including my mother and one of her brothers, and it was almost impossible to get hold of her. She was in touch with my uncle Terry Weaving in particular (they were childhood friends as cousins and the same age) and he eventually learned that she had been suffering from cancer. Then total silence…

Time went by and it was only when I was doing some work on family history that I saw online that she had passed away in 2014. I immediately informed the family who were greatly saddened, but it was too late by then, as her affairs had been wound up. No one had any idea.
So so sad..
************************************************************************
NEXT WEEK – LIVING IN A BOX PART THREE GIVES MORE DETAILS ABOUT IRA’S REMARKABLE PAST AND THE VALUE FOR JOURNALISTS OF LOOKING THROUGH AN OLD CARDBOARD BOX!
————————————————————————–
Tomorrow – the mysteries like this one and mistakes that are made in television.
The memories of Phil’s extraordinary 37-year award-winning career in journalism (including discovering facts about people’s backgrounds) as he was gripped by the rare neurological disabling condition Hereditary Spastic Paraplegia (HSP), have been released in a major book ‘A GOOD STORY’. Order the book now!

One rule for… part one

The Eye - 31st October 2020
%d bloggers like this:
We use cookies to ensure that we give you the best experience on our website. If you continue to use this site we will assume that you are happy with it.OKNORead more