The mortgage company at the centre of a scandalous seven month delay to buy a house in Cardiff has denied acting incorrectly after it conducted a lengthy investigation, The Eye can exclusively reveal.

The Complaint Specialist for Precise Mortgages Bret Nightingale told us:  “We have been clear throughout the application and I cannot agree that we have acted incorrectly…”

Yet it appears the facts may indicate the whole process went badly wrong.

Many property purchases (or ‘completions’ as they are known) are secured after six to eight weeks, once legal work and searches are finalised.

The Law Society states that the average completion is 12 weeks.

But we showed how the mortgage offer to complete with this house on Manor Way in Cardiff, was first made on December 4, and there were two extensions subsequently.

The solicitors for the complainant, Cardiff’s Hek Jones, accepted instructions for the sale on October 3. 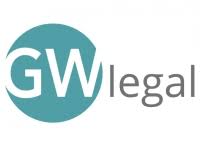 The lawyer handling the case at the company’s office insisted:  “This has just taken far too long.

“We normally wrap things up in a few weeks.”

Other senior property professionals have also condemned the extraordinary delay.

One, the Estate Agent who sold the property, Andrew Gregory of PM Premier in the city, who has more than 12 years experience said:  “This is an unbelievable delay.

During the controversy the complainant, who says he has lost thousands of pounds in rental income, was met with a brick wall in pursuing his inquiry.

The mortgage company’s solicitor, based in Liverpool, GWlegal, first despatched a ‘requirements’ letter on December 7 with a lengthy list of issues to be resolved before the money could be released, but sent other demands subsequently.

GWlegal said it could not release information because of ‘client confidentiality’ even though the requirements lists had been sent to the complainant’s own solicitor.

Lynne McAffrey, the Head of Property at the firm said:  “As solicitors our duty is to our client (Precise Mortgages) and to preserve confidentiality we are unable to discuss the file any further with you”.

Yet GWlegal describes itself as:  “A law firm with over 30 years’ experience”, and asks:  “How can we help?”.

In contrast a property sale completion was made for the same complainant after only a few weeks on another property in Admiral House on Newport Road in Cardiff, also through the Estate Agent PM Premier and with the solicitor firm Hek Jones in the city, even though the offer was accepted months after the Precise Mortgages property.

Completion was finally made on the Manor Way house on May 11 – four months after the offer by Precise Mortgages was first made.

But of course the company has ‘not acted incorrectly’.