Home Columnists Name of the prose

The Commentator
The Commentator is a leading figure in Wales, and has a keen knowledge of events in politics and society which affect the country.

Latest posts by The Commentator (see all)

Today we introduce a new writer on The Eye. Here The Commentator looks at the key action this week of changing the name of the National Assembly for Wales.

What’s in a name? Is the new Welsh Parliament confusing the good with the bad?

When it comes to choosing names for its buildings should the Welsh Parliament do a little bit more fact-checking if it wants to project a modern image?

This week should see the National Assembly for Wales formally change its name to the Welsh Parliament/Senedd.

It is a legislature that seeks to represent all that is modern and progressive in the 21st century in Wales.

Its new title projects ideals and status that will make it, in name at least, an equal to sister parliaments not only in Scotland and Westminster but across the globe.

But is the Welsh Parliament really as modern in its outlook or does it still reflect a darker Welsh past?

And if that is the case, can it be seen in the parliament’s own building name?

Of the parliament’s two main buildings, the Welsh Parliament/Senedd is the debating chamber and Ty Hwyel is the administrative office block to which it is joined. The older brick building – which contains the original National Assembly for Wales debating chamber – seeks to celebrate in its name a Wales of the past, which many today would find horrifying.

Ty Hywel, is named after Hywel Dda (Hywel the Good), who can also be seen as one of the central characters in the latest Netflix drama The Last Kingdom. The new ‘Welsh Parliament’s’ website says that it is called Ty Hywel because it pays homage to the King who created the first series of laws across Wales.

They bear his name – the Laws of Hywel. 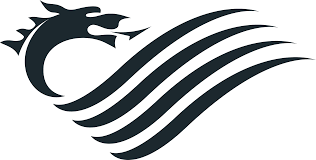 When I worked at the National Assembly for Wales I would often pass through the glass barriers into Ty Hwyel without thinking twice about the name. On occasions when I did I took solace in reading the Assembly’s own interpretation of Hywel Dda and he seemed a suitable person to recognise as one who sowed the seeds of modern Welsh democracy.

Yet doing a bit of fact-checking myself I realised that today many of us would see that his law-making makes him less ‘Hywel the Good’ and more ‘Hywel the Bad’.

I wonder how many of today’s Welsh parliamentarians, who use Ty Hywel for their offices, have actually read any of these laws or would agree with them today? Very few I suspect.

Surely, no Welsh parliamentarian, who campaigns against domestic violence and for women’s equality would be able to celebrate some of the central Laws of Hywel, today!

When it comes to female rights there are numerous laws, and few put women on an equal footing with men.

Indeed these views are a throw back to a time when these sorts of opinions have thankfully receded into history.

The Laws of Hywel, for instance, set down the rules for when a man can legally beat his wife but not the other way around. These range from adultery to even “wishing a blemish on her husband’s beard”.

They also provide the legal basis for how a wife can strike her husband’s mistress, even if that is done so brutally that it results in her death. She need fear no punishment for this.

Other laws include, too, how rape should be treated merely like a crime of theft and a fine should be given as punishment, and that the correct path for a woman was marriage, and she was to be given to the man by the kindred.

Perhaps this is not a glowing list of laws that anyone would want to remember, let alone celebrate in the name of its legislature!

I would find it interesting to know which of the Laws of Hywel were thought to be so great by readers, that they should result in his name gracing one of the two buildings of the Welsh Parliament. Have a look once the lockdown is over and see for yourself!

Tomorrow – more alarming revelations about an even longer delay for the BBC moving into its new headquarters.

The memories of our Editor Phil Parry’s extraordinary 36-year award-winning career in journalism as he was gripped by the incurable disabling condition Hereditary Spastic Paraplegia (HSP), have been released in a major book ‘A GOOD STORY’. Order the book now!