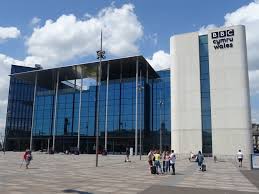 Staff at BBC Cymru Wales (BBC CW) will now not move into their new £100 million headquarters until at least late Summer or even the Autumn – more than two and a half years after it was handed over, sources have told The Eye exclusively.

The extraordinary delay could cost the licence fee-payer hundreds of thousands of pounds in bills running two buildings, as the hugely expensive new one in Cardiff’s Central Square stands largely-empty.

The astonishing news is likely to heap further pressure on The BBC, with staff costs and capital expenditure under review across the corporation, as well as on its controversial director in Wales Rhodri Talfan Davies whose organisation has refused our Editor Phil Parry an interview.

Following BBC CW taking possession of the new building two years ago, Mr Davies proclaimed excitedly:  “Central Square is all about opening up… the fantastic location means that we’ll be more accessible.

But now it appears many of his own staff are extremely unhappy that their new headquarters is not likely to ‘open up’ until the Autumn, and that it wasn’t formally opened before the lockdown.

One said earlier:  “This is a complete nonsense. Two years on and we still haven’t moved down there”.

Mr Parry worked at the present BBC CW headquarters in Llandaff for 23 years, and said:  “This is an unbelievable length of time.  I thought they would have been in there by now!”.

BBC CW received the keys to the new headquarters in April 2018, and staff were told it would take 18 months to fit out the building, but several months after that date passed, equipment was still in the ‘testing’ phase.

Officials were unable to say when broadcasting will start and the extraordinary delay is having a severe knock-on effect for other broadcasters in Wales, such as S4C which is due to have a number of desks allocated to workers.

But executives at BBC CW still appeared to be upbeat, despite being months behind schedule.

Mr Davies has told staff in the past: “On Central Square, we are now in an intense period of testing and training – it’s a hive of activity…”.

But BBC CW have also been ‘a hive of activity’ in not providing information, and controversies over them ‘opening up’ do not simply apply to their new building.

Officials were also not ‘opening up’ with access to Mr Davies, when the interview was refused.

Mr Parry, was told by the Press Office in a lengthy email exchange over more than six months, that Mr Davies would be available for interview.

Question areas were provided, and the BBC CW official was told the interview could be conducted over the telephone.

Mr Parry was then informed that an interview would not, in fact, be granted.

There has also been little ‘opening up’ over revelations on The Eye that a senior executive at BBC CW was having an affair with a married presenter, and that it raised serious questions over a potential conflict of interest because officials have commissioned a programme she fronted.

The relationship of the Editor of BBC CW RW Colin Paterson with television and radio presenter Lucy Owen, had caused huge disquiet among media people both within BBC CW and without, because Ms Owen had hosted a Sunday programme on BBC CW Radio Wales commissioned by Mr Paterson’s staff.

There has also been a failure to ‘open up’ about programmes which have been scrapped.

Yet viewers had described The Hour on the internet, as “necessary” and even BBC CW officials had admitted to The Eye it “capture(d) the mood of the nation”.

This came hard on the heels of the appointment from the other direction of the former PC Chief Executive Rhuanedd Richards as Editor of BBC Radio Cymru (BBC RC) as well as the Welsh language online service, Cymru Fyw, and this too officials were not ‘open’ about.

So it is obvious that ‘opening up’ is a problem for BBC CW – especially with the disturbing news that the new building is not likely to be formally opened until at least, possibly, the Autumn…

Tomorrow – we reveal the confusion caused by two elections taking place on the same day, one in which Welsh young people are allowed to vote but are barred from voting in the other.

Phil Parry’s memories of his astonishing 36-year award-winning career in journalism as he was gripped by the incurable disabling condition Hereditary Spastic Paraplegia (HSP), have been released in a major book ‘A GOOD STORY’. Order the book now!