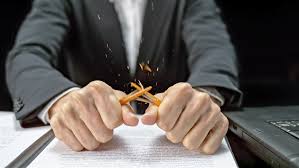 Howls of outrage have greeted our exclusive revelation that a ‘comedian’ who made sick ‘jokes’ about a murdering gunman, used bad language to abuse publicly prominent politicians, placed under police investigation and been reprimanded by a social media company, was appointed to help run an organisation that supports children and their families in Wales.

Mudiad Meithrin (MM) said it was “delighted” to have secured Huw Marshall as a director, the man behind a ‘new national media service for Wales‘, yet he had ‘joked’ about Raoul Moat after he had shot and killed two people, called members of the Senedd Cymru/Welsh Parliament (WP) ‘twats’, and faced inquiries by South Wales Police (SWP) officers.

One furious critic sent a copy of The Eye’s story about Mr Marshall in an irate email to MM, and in response an official told him:  “We’ll consider its contents”.

Another angry commentator said:  “The whole thing is unbelievable.  Surely Mudiad Meithrin looked into the background of the man before they made him a director?”.

In announcing the voluntary appointment to its board, MM (which supports children and their families finding Welsh-medium childcare) was perhaps unaware that Mr Marshall has been severely reprimanded by the social media giant Twitter because one of his accounts  “violated the Twitter Rules”, and found that another, “Welsh Bollocks”, had also broken their regulations.

But his use of social media has always been intense, and it could have prompted the interest of an organisation which proclaims “We understand that finding the right childcare (Welsh-medium) for your child is very important”.

Two people had died and a police officer lost the sight in both eyes when Moat shot them, yet despite this on July 8, 2010 – with him trying to escape from armed police – Mr Marshall published a message on his Facebook (FB) site, reading: “Hi I’m a sexy 19 year old blond (sic) from the North East of England looking for some fun.

Neutrality too may be an issue for MM’s new director, and given that the Welsh Government (WG) is run by another party from the one he represented, this could be difficult for an organisation like MM.

In 1992 Mr Marshall stood as PC’s Parliamentary candidate in Cardiff Central, coming fourth with just 748 votes, however his plans to stand for election as a councillor were scuppered when it emerged that he had posted these so-called ‘jokes’, and published the offensive remarks to politicians on social media.

Mr Marshall has, too, used the internet to declare his ‘plans’ for an ‘unbiased’ ‘news’ service for Wales, New Media Wales (NMW), to which huge amounts of money have been pledged by members of the public, which could also have proved attractive to MM officials.

His ‘proposals’ for NMW have featured on HoldtheFrontPage.Co.UK – a website for UK journalists.

Our investigations revealed that a few weeks ago Mr Marshall had in fact a total of 179 patrons pledging £1,221 per month, but he has said he needed a lot more – 500 to launch.

Yet Mr Marshall is clearly not short on confidence (and that too may have been among the reasons MM was so ‘delighted’ with its catch) because he presumably believes he will reach this target for patrons.

One potential donor has declared that he wants the operation to be “unbiased” and not “nationalist” – possibly ignorant of the ‘co-ordinator’s’ background.

Meanwhile The Eye’s research has confirmed that Mr Marshall’s scheme is to run NMW with just four reporters, yet there are severe doubts as to whether a ‘national media service’ can be delivered with such a small number, and there is no registration for NMW at Companies House.

But it seems his appointment to MM DID register with critics who are outraged that a man has been named as a director of the organisation despite calling senior Welsh politicians ‘twats’, being under investigation by the police, enduring a reprimand from Twitter, and making sick ‘jokes’ about a murdering gunman.

Tomorrow – why another PC supporter and so-called media ‘expert’ is in hot water over accusations about an alleged ‘conflict of interest’.