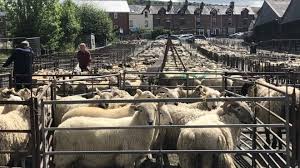 As the UK Government majority is reduced to just one following the Brecon and Radnorshire by-election yesterday in which the Liberal Democrats won, a General Election looks increasingly likely and one policy clearly divides the two main parties, with Wales appearing to lead the way – rent controls.

No voter knows where Labour stands on Brexit because the policy appears so confused and the party is hopelessly divided – that probably cost it last night because the share of the vote dropped by 12.4 per cent and it was beaten into fourth place by the Brexit Party.

On rent controls, however, there is clarity between the UK Governing party and the official opposition in Westminster.

Labour is for them and the Tories are against.

The left wing Labour leader Jeremy Corbyn pledged to bring controlled rents to the private sector during his 2017 conference speech in Brighton.

His rhetoric seemed to push the party further than its election manifesto earlier in the year – when it promised to consult on regulating rent rises above inflation.

The First Minister of Wales Mark Drakeford was the only candidate for that job to have voted for Corbyn.

He has said: “We in Wales are far from powerless”.

One of his Labour Assembly Members (AMs), Jenny Rathbone, has already been specific in demanding rent controls.

This came despite an enormous controversy for advertising for a Community Gardener on the National Assembly website.

In France, Germany and Spain, maximum annual rent rises are established at the outset of longer tenancy agreements, often lasting between three and five years.

Two years ago, Berlin brought in tougher legislation in a bid to tackle steep rises in the city.

Landlords were banned from increasing rents by more than 10 per cent above the local average.

Rent controls have some history in the UK too.

They were introduced during the Second World War, then held in place in the aftermath to stop landlords exploiting soldiers returning home.

After a long post-war period following it of an uncontrolled market, the Rent Act of 1977 gave tenants greater rights and some stability in increases, with local authority officers having some powers to set maximum rents.

The cycle ended in 1988 when the Thatcher Government, convinced that the private rented sector had become too restricted, abolished all controls.

But rent controls can have perverse effects.

Landlords will often be tempted to skimp on repairs or may simply seek to sell their properties, as happened in Britain, and they deter investment in the housing market, thus aggravating the shortage that prompted them in the first place.

Prices of homes can be affected too.

In San Francisco caps on rents sharply decreased the supply of rental housing, driving up prices by five per cent after they were expanded in 1994.

The Residential Landlords Association (RLA) is deeply opposed and has said that rent controls would critically damage any prospects of growth in the private rented sector.

The RLA has argued that introducing rent controls would leave many tenants worse off given that rents are in fact increasing by far less than inflation.

Jonathan Cribb, of the Institute for Fiscal Studies, said: “Rent controls are inspired by a problem, which is high housing costs generated by too much demand relative to supply.

“But the worry is they have knock-on consequences that can be worse than if you’d not implemented them.”

In one report it said: “While rent control appears to help current tenants in the short run, in the long run it decreases affordability, fuels gentrification, and creates negative spillovers on the surrounding neighbourhood”.

All the evidence from the UK and overseas demonstrates that rent controls discourage investment in the private rented sector and so reduce supply.

This includes evidence from the Organisation for Economic Co-Operation and Development (OECD) which shows that rent controls lead to greatly reduced quality and quantity of new homes.

The prospect of rent controls appears to pose a particular problem for Cardiff.

A major driver of Gross Domestic Product (GDP) in the city is international students who rent accommodation in Cardiff while they study.

The accommodation they rent is mainly flats and they are not, in fact, of low quality.

If the supply of good quality accommodation is reduced through rent controls the students could be deterred from coming to the Welsh capital and spending their income.

Calling for rent controls might look good for some politicians, but the effect may not be what they want…