Home News Tales of Christmas past 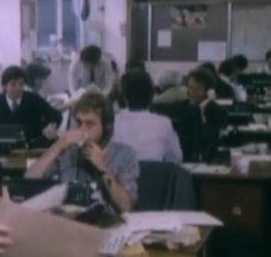 Our award-winning Editor, Phil Parry, remembers life as a solitary reporter doing the ‘calls’ over Christmas and New Year at the South Wales Echo, and pays tribute to those that must do them now!

The key thing to remember about this time of year is that big stories often break.

Families are thrown together in an oppressive atmosphere, pretending to be cheerful and there are, I’m sorry to say, drink-fuelled murders.

Loneliness for those with nobody to share the meal with and are mentally ill, becomes worse.

For them it is a difficult time which is made more acute by the perceived knowledge that others are enjoying a jolly festive period with friends and family.

There are, unfortunately, plenty of suicides over the ‘festive’ period.

Other stories are also prevalent.

I apologise for bringing up these details now, but someone has to report this kind of news, which does not stop just because it is Christmas.

Many of these stories are first picked up by one reporter doing the ‘calls’.

These are regular contacts with emergency services, such as the police, fire brigades and the ambulances (now of course there is just the one service in Wales).

Usually it is a single reporter who is assigned this duty, which is an onerous one, and it is important that the calls are done over Christmas and New Year.

I feel for the poor people who have to do them now at news organisations!

Once, in the early 1980s as a cub reporter on the South Wales Echo, it was me.

Over this particular Christmas and New Year, I was party to the black humour which seems to persist with the police.

A sergeant at a Welsh police force, picked up the ‘phone when I rang (it’s all centralised now) and told me about an apparent suicide at a beauty spot in South Wales when a man had driven his car off a cliff.

Sadly suicides on Welsh cliffs happen all too often, another police officer told me that people who wanted to take their own lives would, bizarrely, lock their cars before getting out and jumping to their deaths.

This time though, the man had stayed in his car before driving it over the edge.

I cleared my throat and desperately tried not to sound shocked.

We were never allowed to say someone had died until we were given the news officially by the hospital.

I also tried to sound older than my 22 years.

“Well,” he answered stifling a laugh, “his body is in the front and his head is in the back”.

Tomorrow, Phil explains the importance of the ‘byline’ to any reporter.