Senior Welsh Government (WG) figures have told The Eye the economy of Wales could be “devastated” if the current logjam in the Brexit talks continues.

It has been reported that the Prime Minister, Theresa May, is considering committing billions of pounds to prepare Britain for leaving the EU without a deal and relying on World Trade Organisation (WTO) rules.

But ministers in the WG have warned us that this would be hugely damaging for the Welsh economy.

One told The Eye:  “People don’t understand it could be catastrophic for us in Wales.

“The EU is our biggest trading partner for goodness sake – don’t people realise that?”

Another said:   “Falling back on the WTO is an admission of defeat.

Wales voted to leave the EU but not as strongly as in England.

As Mrs May’s position looks increasingly fragile, there is a growing concern among some exporters and importers in Wales that the current impasse in Brexit talks is becoming massively disruptive for trade.

But the Prime Minister appears oblivious to the warnings of business people and told the EU that no more concessions will be made on Brexit.

She said to MPs yesterday “the ball is in their court”.

The EU has rejected this though, with a spokesperson saying: “… the ball is entirely in the UK court.”

Some firms that we have spoken to have backed the EU and said they are already planning to move.

The British Chambers of Commerce (BCC) said:  “Businesses are clear that they want… pragmatic discussions on the future trading relationship between the UK and the EU firmed up by the end of this year”.

But the warning comes amid reports the UK is making plans to leave the EU without a deal.

One senior Treasury source told the Daily Telegraph: “Billions of pounds will be unlocked in the new year if progress has not been made.

It comes as a number of Tory MPs have given Mrs May until Christmas to make progress with Brussels on Brexit. 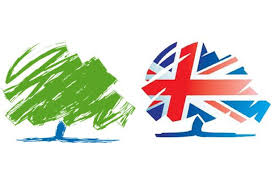 It seems the EU referendum called by then Prime Minister David Cameron in order to assuage Conservative party wounds over Europe, has in fact exacerbated them.

The UK Tory-led Government is in turmoil.

The Daily Telegraph has reported that allies of the Foreign Secretary, Boris Johnson, have said he will “just say no” if Mrs May tries to demote him.

Although the Foreign Secretary has ostensibly said he is “fed up to the back teeth” with Tory MPs attacking Mr Hammond and the prime minister supposedly on his behalf and is reported to have ‘caved in’ over so-called red lines.

Mrs May is being urged instead by members of her Cabinet to sack the Chancellor, Philip Hammond for “making Brexit hard” and being “miserable”.

It reveals the problems besetting the Conservatives that Jacob Rees-Mogg, a young fogey, Bentley-driving old Etonian with strict anti-abortion views, is a lead contender to take over from Mrs May.

Meanwhile, the former Irish Taoiseoch, John Bruton, accused the British Government of being hopelessly divided, and offering only a vague and impractical vision of what might come once the UK leaves the EU in 2019.

Withdrawing from the bloc, as the Governor of the Bank of England (BoE) Mark Carney put it recently, is an example of “deglobalisation”, at a time when the share of Britain’s exports taken by the EU is growing again.

In Wales the damage of a ‘no-deal’ is not simply ‘deglobalisation’ – ministers have told us it would be devastating.

Next week – our continuing investigation into a scandal-hit Welsh management school.

How up to speed are you on today’s events?

Test your knowledge with our interactive quiz.