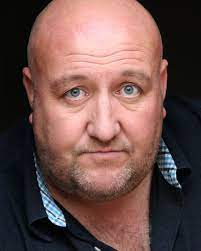 The actor behind a television series about a family, re-commisioned by Wales’ biggest broadcaster to write more episodes because it is so ‘warm’ and ‘genuine’, has warned publicly that people deserve to be hit after the latest scenes were shown of rubbish in Cardiff Bay and is an extensive user of foul language, to the anger of senior staff, The Eye can reveal.

Steve Speirs, star and writer of BBC Cymru Wales (BBC CW – where our Editor Phil Parry spent 23 years) television series ‘The Tuckers’ has posted a picture of the litter left by revellers this week in Cardiff Bay on Twitter with the words:  “So many scenes like this across Wales, Scotland, England, Ireland today… so sad. I’m not a psychologist or politician, so I’ll just say- SOME FUCKERS DESERVE A SMACK”.

Mr Speirs also announced on the social media site last month: “ZOOM is a word that can fuck off fast please…..”.

He further stated in the last few weeks (presumably jokingly):  “As is well documented on twitter – I have a life line to God… so, for those nervous about tomorrow… Wales will be down 7 at half time- and will win by 3… I said, “what about the other matches God?”.. he said “Fuck em, they’re not important my son”…”.

Mr Speirs wrote too recently:  “I always like to go to bed on a positive note- so, as from Monday, my kids can freeze their tits off in the garden with two mates, as long as their parents don’t mind em pissing in bushes.. And I can venture as far as Caerphilly for a haircut… what’s not to love…..”.

Another remark was: “Now I’m not a Drakeford basher- they all got a hard call to make- but the day you see him out on the piss will be the day you’ll see me at home playing scrabble with the kids when the pubs are open……” with a smiley face after the observation.

But Mr Speirs comments have not been well received at the broadcaster which has just asked him to create more episodes of his TV series.

One executive at BBC CW (which has also been at the centre of controversy because of its lack of neutrality) told our journalists:  “He’s (Mr Speirs) a foul mouthed individual whose interventions are completely at odds with BBC principles”.

A different staff member said to The Eye: “These are meant to be jokes, but they’re revolting, and just not funny.  The fact the BBC is associated with this sort of muck makes it even worse”.

Yet it is clear that senior officials at BBC CW think very highly of their catch.

Nick Andrews, Head of Commissioning for BBC CW declared in promotional material from the ‘Media Centre’, announcing more episodes of Mr Speirs’ series:  “Just like all fans of The Tuckers, we wanted to see more of them. It’s a warm, genuinely funny comedy that’s firmly rooted in Wales but has also been enjoyed extensively across the UK via iPlayer.

Ironically BBC CW uses asterixes in the release for the letters ‘U’ ‘C’ and ‘K’ in ‘Fucking’, whereas the man behind the television series it promotes does not.

Two days ago it was reported that police officers had been injured amid ‘frightening’ and ‘despicable’ sights in Cardiff Bay on the hottest day of the year so far.

Crowds of people gathered near the steps of the Welsh Parliament/Senedd Cymru (WP/SC) and around Mermaid Quay, but as police tried to move the groups along, missiles were thrown and three officers suffered minor injuries.

A knife was also found after police made an arrest.

A 21-year-old man and a 16-year-old boy were arrested on suspicion of public order offences and have since been released on bail.

An investigation is continuing to identify further participants in the disorder.

Perhaps an investigation may follow now, after the star of a television series re-commisioned by Wales’ biggest broadcaster to write more episodes because it is so ‘warm’ and ‘genuine’, warned publicly that people deserve to be hit after the latest scenes were shown of rubbish in Cardiff Bay, and is an extensive user of foul language, which has angered staff.

Or maybe that’s too much to hope for…

Phil’s memories of his astonishing decades long award-winning career in journalism (including his years at BBC Cymru Wales) as he was gripped by the rare neurological disabling condition Hereditary Spastic Paraplegia (HSP), have been released in a major book ‘A GOOD STORY’. Order the book now!