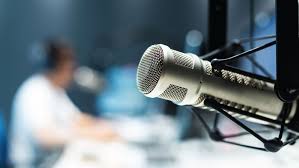 Wales’ only national English-language radio station where the Editor has presided over record-breaking low audiences and was having an affair with a married presenter has hit the headlines again for all the wrong reasons in the UK’s leading entertainment forum, it has emerged.

BBC Cymru Radio Wales (RW) has been accused on Digital Spy (DS) of being “lightweight” and “a shadow of its former self”, with another critical listener saying there is a need to “stop the rot” while a further contributor said the trail for a new programme “sounds horrendous”.

RW has returned to the top 20 radio topics with a growing list of condemnatory comments but stories on The Eye are mentioned approvingly.

Yet this is not the first time the station has been confronted with critical observations on DS. One contributor to the online forum has said in the past that ‘Breakfast with Claire Summers (which replaced Good Morning Wales [GMW]): “… sounds like a community radio station bloody awful. Woman presenter has a grating voice and is fluffing her lines. Morning news programme should contain news”.

Other RW listeners who supplied statements to the forum were equally scathing about recent RAJAR listening figures. One said:  “I do get the impression that Ulster and Scotland do a good job of being part of their country’s internal conversation. I’m not sure that Radio Wales has the same status.”

Another listener complained strongly about RW saying the station was “littered with presenter led record programmes and chat”, and the complaint was sent initially to the First Minister of Wales (FMW) Mark Drakeford then passed to the Deputy Minister for Culture, Sport and Tourism (DMCST) Dafydd Elis-Thomas. It said: “… The station (RW) has lost 47,000 listeners in the last three months and has reached the point where 95% of the country never tune in. Over £18 million of licence payers money funds BBC Radio Wales for little or no return.”

Initially all the taxpayer received in response from the WG was:

A fuller response was received much later.

But the Editor of the station he complained about, (Colin Paterson), has also made news. Our journalists have been alone in showing that he was having an affair with the presenter Lucy Owen, who declared the importance of travelling by bus in a tweet he ‘liked’.

This piece about it by The Eye was the one included in a DS comment about RW with the message above the link saying “…the record low listening figures at Radio Wales under it’s (sic) current management (were) amplified this year by criticism from former award winning reporters and presenters”.

But remarks like these are not the only issues to be addressed by RW Editor Mr Paterson after he conducted his affair.

For many staff at BBC Cymru Wales the relationship represented a huge potential conflict of interest because his officials had commissioned a RW programme hosted by Ms Owen called ‘Sunday morning with Lucy Owen’, and media executives both inside as well as outside the corporation have told us that they were worried about their partnership’s possible impact on the process.

The ‘predictive search results’ in ‘Google’ for Mrs Owen and her husband Rhodri have been, perhaps, prescient. They have said ‘Lucy Owen Rhodri Owen split’.

Mr Paterson’s performance too at RW has been open to question as the DS contributors have alluded to.

A recent RAJAR report made grim reading for him, coming as it did hard on the heels of other low audience statistics.

They revealed a slight increase on last year but a drop compared with two years ago, a massive decline on the year before that, and how more than 40,000 listeners had been lost in the previous three months, despite the huge amount of money which had been spent on new schedules.

After these numbers were published, a prominent figure described as one of the main presenters at RW at its launch, renewed his call for Mr Paterson and his superior, the Director, Rhodri Talfan Davies, to resign.

Mike Flynn told The Eye exclusively:  “Both of these so called media executives (Mr Davies and Mr Paterson) are answerable to the public who pay their salaries via the licence fee. But they are frightened to reveal the audience for the abysmal Claire Summers programme that replaced Good Morning Wales (GMW) last May. I would like to know what the real figures are across daytimes and weekends and how they waste over £18 million. It is about time they started to answer a few questions.”

Mr Flynn was equally unimpressed by our revelation of Mr Paterson’s affair with Mrs Owen. He told us: “If Paterson has been having an affair with a Wales Today and Radio Wales presenter it brings his management skills in to question and he needs to be suspended immediately”.

Meanwhile there has been a huge shake up in the line up at RW as Mr Paterson has struggled to combat the low audience figures. He has described the new line up as a “creative challenge” and the RAJARs have made the scale of the challenge clear, revealing that his station had an average weekly audience of just 317,000 listeners in one three month period.

Among the changes that were announced in a bid to stem the tide of disastrous listening statistics was the new breakfast programme hosted by different presenters on Monday to Thursday, to Fridays and Saturdays.

Mr Waters (himself a former producer on GMW) said the changes meant there would be “no serious news programme” broadcast at breakfast time. His comments echo statements on Twitter when he has called for more ‘challenging’ journalism.

He quoted approvingly a call for “… serious, challenging journalism and consistently high-quality radio programmes which make politicians nervous…” He has tweeted to BBC CW after the new schedule was announced: “Really concerned about this – absolutely nothing against Claire, but plenty against magazine format. We need agenda-setting news & scrutiny in this slot. You’re a national public service broadcaster. Where else are we going to get it?”. 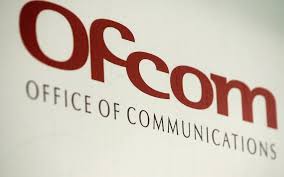 The objections of Mr Waters have now been adopted by the Welsh Government (WG). He has expressed concern at the changes to Ofcom, which is the external regulator of the BBC’s television, radio and on-demand programmes. He said: “We feel that as a public service broadcaster, with a duty under its latest charter to reflect the nations, that they have an obligation to provide serious news and scrutiny. Just as BBC Scotland and BBC network do”.

Apart from presenting BBC Wales Today and in the past the RW programme, Mrs Owen also hosts the BBC One Wales (BBCW) consumer affairs programme ‘X-Ray’ with her husband, Rhodri, who it’s predicted she will split from. She has published a book which raises funds for the Noah’s Ark Charity for the Children’s Hospital of Wales called ‘Boo-a-bog In The Park’.

Mrs Owen has proclaimed: “The story is about how a little boy gets though a situation that is challenging for him with the help of an imaginary friend. But it’s all about finding any way through a difficult time or situation. It’s been a real family affair, with Rhod translating, and Gabs (eight year old son) came up with idea for Boo-a-bog fun and games at the end of the book. And the link to the charity as well makes it extra special for us.  The theme of the story feels a good fit with the charity.”

She has also appeared on stage at the World Book Day (WBD) show, it is doubtful however that they will hold an event celebrating recent comments on DS…

Our Editor Phil Parry’s memories of his extraordinary 37-year award-winning career in journalism (23 of them at the BBC) as he was gripped by the rare disabling condition Hereditary Spastic Paraplegia (HSP), have been released in a major book ‘A GOOD STORY’. Order the book now!