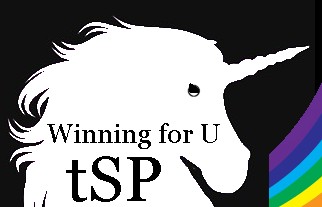 Defections of Westminster MPs from the Labour and Conservative Parties to form a new ‘breakaway’ group, The Independence Group (TIG) (see our political columnist ‘The Rebel’), seem to herald the advent of new parties. Even here in politically-comatose Wales, we have seen the appearance of ‘parties’ or political movements like Ein Gwlad and Yes Cymru attempting to challenge the hegemony of Welsh Labour and cutting inroads into Plaid Cymru, a largely ineffective nationalist/socialist party, rather like the disappearing LibDems. The Welsh Tories are keeping their heads well down to try and avoid the BREXIT flak – a tactic that is mostly paying off if the polling is correct.

So in the spirit of the times, I propose an entirely NEW political party. The Sports Party (TSP). As it says on the tin, the new party will put up sportsmen and women up for election across the four Nations and in every constituency.

Why we will WIN!

Sport is all about ‘taking part’ and ‘winning‘! Therefore the mindset of all our candidates will be focused on doing everything necessary to WIN the prize of becoming the elected government. To achieve the goal of WINNING, sportsmen and women need to be able to MOTIVATE both themselves and any TEAM of which they are part of. If you are a well known champion (or ex champion) you have already acquired a built-in fan base and constituency amongst all followers of your sport. This can far out reach and outnumber the base or followers of any current politician. It is obvious that there are many many more football fans than members say of the Conservative Party!

We believe that Politicians should not be ‘professional politicians’, as is the case today, they should be ‘of the people‘ and ‘champions of the people‘.

Must have ‘captained’ a team in a sport or be a star performer, medal winner  in a non-team sport. For example in Wales, Alun Wyn Jones (rugby) would make an excellent MP for a Welsh constituency and (maybe should be) Prime Minister of the country. Other Welsh stars like Latalia Bevan (gymnastics), Carys Phillips (rugby), Geraint Jones (cycling), Gareth Bale (football), Mark Williams (snooker) would make excellent choices. Of course in England, there are already sports people with political ambition, Gary Lineker (football) for one!

Please add your choice below in the comments!

Politics is about money – the US has demonstrated that beyond all possible doubt to even the thickest amongst us. To quote a hackneyed phrase, ‘money makes the world go around‘. As we all know there is no money in politics as it has been, but there is plenty in most forms of sport (even tiddlywinks!). There are plenty of billionaires, oligarchs, betting firms and corporates happy to spend on any sport, particularly football.

And then there is ‘crowdfunding’. This is the new way. Like the sports politician? Go to GO FUND ME and depending on the value of your contribution get a REWARD! You could even get a one night stand if that is one of the rewards on offer! Might cost you a bit though.

Money is needed to finance campaigns and to support elected politicians. We see no difficulty or conflict of interest in asking financial backers, sponsors, advertisers, agents, for money to back (boost) the Sports politician. Competition for brand space on the apparel or footwear of a sponsored politician at PMQs will be enormous and command a premium price. Goodbye to the drab business suits and lapel pins, hello to colour and designer wear! Great TV! Digital voting on social media! Who performed best at PMQs! Who was best dressed! Who sent the best tweet! Who had the most eyeballs?

Ah yes! The Manifesto. What should it be? On what platform should the candidates seek election? Should they just pinch the best ideas from the current parties? Come up with new ideas?

Nah! Forget the manifesto. Unicorn Fiction. No manifesto ever published has ever been either read by the public or honoured by the politicians.

Our Sports politicians will have a very diverse and mixed set of beliefs, just like the people do,  about all the burning current issues such as BREXIT, climate change, fox hunting, the monarchy, Donald Trump. You wouldn’t be able to predict how they would vote on any issue. They couldn’t be ‘whipped‘ along party policy lines! The Sports Party itself has no policy agenda or fixed position on anything. The Sports politician is free to make their own minds up. Clearly, they would have to declare who their sponsors and advertisers were! That is known as er…transparency. (coughs)

OMG! If they were elected to form a government!! Oy Noy! Then, of course, this is a different kettle of fish. A whole new ball game! A paradigm busting …?

Who will I be voting for?: Shane Williams (rugby) – it’s a no brainer!

The next post will focus, inevitably, on how our Sports Politicians will deal with BREXIT. Don’t worry! We will be WINNERS!