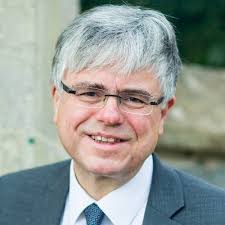 A leading academic who was the only internal candidate interviewed for the top job at a scandal-hit Welsh university where a libellous dirty tricks campaign is underway publicly boosted the reputation of a crook officials had employed and was exposed exclusively by us before an international conference, The Eye can reveal.

Professor Iwan Davies, who is a senior Pro Vice-Chancellor (PVC) and a leading figure on the management team at controversial Swansea University as well as being interviewed to become Vice-Chancellor (VC), had said Steve Chan played an important role in his ‘key sector’.

But our journalists have shown that Chan was jailed for years in America after a massive fraud.

In the publicity before the conference, Professor Davies said:  “The event in Brussels on St David’s Day emphasises both the importance of the agenda in the European context and the role played by Professor Steve Chan in this key sector”.

University officials were less keen, though, to give The Eye information about Chan’s background and we have been told our questions about him in a Freedom of Information Act (FOIA) request had been refused on the grounds they were “vexatious”.

But using documents we have seen we can now disclose that the answer to the first question is October 2012, to the second May 2013, to the third – one is an academic called Andrew Parker.

Therefore according to Swansea University’s own regulations, Chan should not have been allowed to take his viva until at least October 2013.

The university has also been rocked by the extraordinary news that Alison Jones who was slated to take over as VC at Swamsea University has rejected the job where Professor Davies was the only internal candidate.

Yet the university and its controversial School of Management have hit the headlines before for all the wrong reasons.

We were the first to break the news that the unparalleled suspension of the Vice-Chancellor (VC) at Swansea University Richard Davies, as well as three of his officials, and the remarkable investigation launched at the same time, was linked to a massive £200 million regeneration scheme called the Delta Lakes (Llanelli Wellness Village) City Deal and the whole project has been referred to the police.

Apart from the ‘Wellness’ village, the university’s involvement in another enormous plan – this time overseas – is also part of the investigation.

Senior officers are examining a ‘joint venture’ in a £600 million proposal for a private medical university and hospital in Kuwait, which aimed to attract 5,000 students.

Professors Richard Davies and Marc Clement, the dean of his School of Management who is also under investigation, were on the proposed academic board for the project and the controversial Carmarthenshire Council Chief Executive, Mark James, is listed as a trustee.

But it has emerged Mr James’ role was not declared in the authority’s register of interests.

The shock information about Professor Jones’ withdrawal came as Swansea University has been hit by an underhand anonymous email campaign to staff which The Eye have been alone in reporting.

It is designed to undermine the investigation and raise the reputations of Professors Richard Davies and Clement as well as another senior figure, the controversial Pro Vice-Chancellor (PVC) Hilary Lappin-Scott.

We divulged how Professor Lappin-Scott had enraged her workers by sending Twitter notifications from glamorous parts of the world on university ‘business’.

But using several email addresses the anonymous messages have claimed in the past she would lead the institution to “an era of gold and honey”.

In part, one recent email to Swansea University staff as well as the chair of the institution’s council read:   “Why are these things happening and being leaked to Sion Barry (the Western Mail Business Editor) and, in turn, (our Editor) Phil Parry (someone trolling Professor Hillary {sic} Lappin-Scott) whilst in the middle of an independent internal investigation?”.

Another added:  “Appended below you can find the previous installments (American spelling) and alleges there has been “A trial by media, a kangaroo court, a selection of evidence and suspensions before interviews – almost as if the facts were at odds with the desired outcome”.

Although mis-spelt a further email was clear: “Please Hillary (sic) (Lappin-Scott) out (put?) your hat back in the ring!”.

In one of the internal emails following revelations about the Kuwait project, headlined ‘destruction of value and relationships’, a series of unlawful claims against a named individual were made, and among the few lines we can publish is:  “I am confident we should expect retaliation by the Kuwaitis”.

Evidently he or she is unaware of legal rules because as these emails have been published to a third party they fall within the remit of libel laws.

If this person can be found legal action may follow.

Professor Iwan Davies is a barrister so should know about the law – it seems a shame he did not check the legal background of Chan before praising him.

Our Editor Phil Parry’s memories of his 35-year award-winning career in journalism as he was gripped by the incurable disabling condition Hereditary Spastic Paraplegia (HSP), will soon be released in a major new book ‘A Good Story’. Pre-order the book now!

Check your knowledge of important events as revealed on The Eye, with our brilliant interactive quiz: