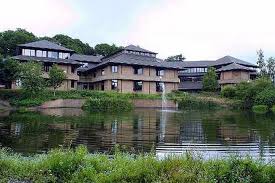 A huge row over a vote against a disabled councillor in Mid Wales has exploded on social media with other councillors saying they too have been diagnosed with a disability, it has emerged.

It was described as a “shameful” day for Powys County Council (PCC) and “lies” have been told.

Yet he decisively lost a vote last week to chair the Learning, Skills and Economy Scrutiny Committee on PCC by 24 to 33, with eight abstentions.

Cllr Roberts said he knew there was opposition to him carrying on as a scrutiny chairman, and he had decided to reveal his condition by explaining it in a personal statement.

He said that appointments with a consultant at times had clashed with meetings of the ‘chairs of scrutiny’, but he had been able to attend through Skype, although that was not a recognised way of joining council meetings.

He said:  “I have been diagnosed as an adult with high functioning autism and aspergers and have been receiving guidance on how to mitigate this at work.

“I urge councillors to consider … carefully as to the message this send out to those with autism and aspergers.”

After the vote, Liberal Democrat Group Leader, Cllr James Gibson-Watt was asked to come up with an alternative candidate for the position.

Cllr Gibson-Watt, said: “It’s a pretty shameful day for the authority and I’ve seen some pretty difficult ones.

“I would have thought members would respect the wishes of the group who had the right to choose the chair of this committee.”

Cllr Jackie Charlton said:  “As a disabled person I have had a lot of support attending meetings.

“This takes us back 30 years, it’s derogatory awful and the council should be ashamed of itself.”

But Conservative Councillor Iain McIntosh said on Facebook:  “I too have high functioning Asperger’s Syndrome… yet I have maintained a 100 per cent attendance record”.

An Emily Joyful also said to Cllr McIntosh on Facebook:  “I think you should look at the attendance statistics again”.

A public row among councillors with disability at its centre also seems ‘shameful’.