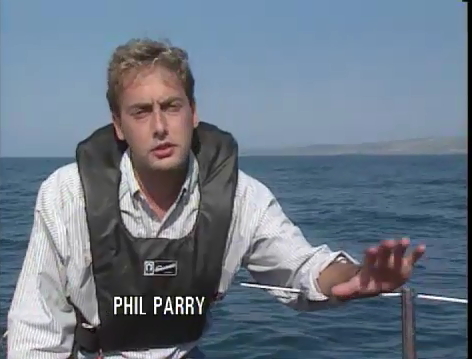 Here our Editor, Phil Parry, describes some unfortunate effects of the crippling disease Hereditary Spastic Paraplegia (HSP) which afflict him.

To others falling over in a pub is funny.

But to the victim it might have nothing to do with drink.

It is like I have had a skinful after only one alcoholic drink – I am falling all over the place!

On one occasion when I was out with friends in a pub, I had to weigh up the distance to the toilet in my mind, and whether I would make it.

Unfortunately I didn’t, and I fell over before I could make it there (this was before I had a stick).

I was helped to my feet by a very nice man who plainly thought I was drunk, despite the fact I had only had a couple of glasses of wine!

On that occasion I had to be poured into a taxi to get home, even though the house was only 200 yards away.

I was helped into the house by a friend (I will always be eternally grateful to you, you know who you are) and my poor wife must have thought she had married an alcoholic!

I don’t drink out now – for obvious reasons.

It wasn’t a problem in my early years in journalism, when you would always finish the shift with a drink, or even at the BBC.

I remember another more serious incident recently, when I was taking my dog out for a walk.

The dog pulled on his lead at just the wrong moment, and I fell over.

This time the consequences were severe.

I knocked out my front teeth – and the dentist had to come in specially to open his surgery and fix me up, because it was a Saturday.

A mate of mine then said I should only go out with a gum shield!

As my HSP has progressed, I no longer take the dog out at all now – so that has solved that one.

I still, though, have to be very careful where I walk, and never go anywhere without my stick.

There are constant dangers everywhere for disabled people – and tripping on uneven pavements is just one of them.

I pay tribute to those who are trying to make things better.

Balance too becomes a factor with HSP.

One occasion I remember happened when I was trying to shut the door of my car (oddly enough driving is OK, but getting in or out of the car is a bit of a struggle).

The door is quite heavy, and as I was closing it I lost my balance and fell over.

I was having trouble getting up and a neighbour rushed out to help me, even though it was very early in the morning.

Again this incident must have appeared funny to anyone watching it.

My point is a simple one.

Do not be too quick to judge, because events may not be as they seem.

Tomorrow – the huge reaction to our shocking revelation that a pensioner who writes a right-wing blog behind a new Welsh independence party, supported the 1960s paramilitary organisation Free Wales Army.