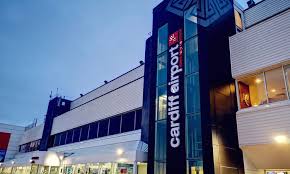 Troubled Cardiff Airport (CA) which was bought by the taxpayer for millions of pounds has again caused huge anger on social media, with accusations that it appears doomed, and as a low-cost airline announces the postponement of flights from there until next year, it has emerged.

One passenger said: “Just had our (Wizz Air [WA]) flights for Sep 2021 cancelled…”. Another wrote:  “Cardiff seems doomed ,gutting , the Welsh government needs to help but it won’t, very sad.” A further complaint was: “Drakeford’s (First Minister of Wales [FMW]) running CWL (the international code for CA) into the ground”.

The Hungarian budget airline Wizz Air (WA) has now said it will not fly from the airport until at least next year, blaming the decision on pandemic restrictions.

This comes despite the fact that the initial news about WA flying from Cardiff was acclaimed in the Welsh media (it had been described as a ‘British’ airline in the South Wales Echo [SWE], and it IS London-listed, but eastern Europe-focused, and WalesOnline appears to have reverted to ‘Hungarian’ in the recent report about it postponing the flight).

The disturbing information follows other alarming details, including about CA (the biggest airport in Wales) being hit harder than any other in the UK by the pandemic, raising serious questions among experts concerning why it was bought by the taxpayer in the first place for £52 million, when another was purchased by the Scottish Government for £1, and putting, they say, its long-term future in doubt.

One told The Eye: “These latest figures are damning of Cardiff Airport, and show the folly of buying it for millions of pounds”. A further aviation specialist said to our journalists: “This just shows it was ridiculous to pay all that money for Cardiff Airport. Bristol is doing much better. I just don’t see that it has a future.”.

CA passenger numbers plunged by 87 per cent last year, with travellers there falling from 1,656,085 in 2019 to just 219,984 in 2020. Southampton Airport suffered an 83.4 per cent decline, London City Airport saw a drop of 82.3 percent in passenger figures, with numbers at Leeds-Bradford Airport going down by 81.2 per cent. Glasgow Prestwick (which was bought for £1) experienced an 85.8 percent fall in passenger numbers.

The problems caused by these worrying figures have been exacerbated for CA by the news that (apart from WA postponing coming to Cardiff) another airline operator collapsed just weeks after it announced two new routes from the airport.

The Irish firm Stobart Air is appointing a liquidator, and the sudden announcement that it was ceasing trading came hard on the heels of it revealing on May 5, two new routes to Dublin and Belfast, which were to begin from Cardiff later this summer.

If passengers want to fly from Cardiff to Jersey it takes between 11 and 22 hours, with two stops en route.

One critic said sarcastically: “Wizz air have cancelled all flights from CWL-JERSEY, well done CWL”. However another wrote that FMW Mark Drakeford, and the Welsh Government (WG) should be blamed.

This comment follows the facts that in March the WG said a £42.6 million grant had been given to CA and “a similar level of debt written off”. The then deputy minister for the Welsh economy (now ‘Deputy Minister for Climate Change’, but see below), Lee Waters MS, said that had they not done this it would have shut, saying: “It would have closed. We know there are roughly 2,400 aviation-related jobs that would have been directly impacted by (closure) and in total over 5,000 indirect jobs, supported by the airport. That would have been a loss to the taxpayer of £115 million.”

The latest unnerving details about CA’s passenger numbers, the closure of an airline and cancellation of flights, are set against a difficult background for the airport, as it has also had to confront a series of challenging headlines.

The news about the ‘headquarters’ for WA at CA (and its subsequent postponement of flights) in the mainstream media had avoided the real story of the huge controversies which were swirling around the airline, and that the company had resorted to legal action when an anonymous source revealed how officials had allegedly slashed salaries by a quarter and sacked staff.

One report in WalesOnline stated:  “Good news for holidaymakers as a budget airline has announced a new permanent base at Cardiff Airport providing flights to destinations across Europe and Egypt. Wizz Air will also create 40 jobs as it brings nine new routes in a much-needed boost for the airport.”

Yet critics on social media were highly sceptical, with one onlooker saying on Facebook (FB):  “Wizz is a low-cost disruptor airline”. Comments like this, were reflected in the unease of workers within the industry. Eion Coates, the head of aviation at the European Transport Workers’ Federation (ETF), had a slightly different view about WA than the mainstream media in Wales. He told AeroTime News (ATN): “Our biggest concern is that the company (WA) has both the money and the time to pick up all domestic routes that are now open in Europe”.

However it has not simply been the WA announcement that the mainstream media have been uncritical of, as acres of space were devoted to what was actually a highly-controversial event. It has also been the nature of the reporting about CA’s news that it was linking-up with the state-owned Qatar Airways (QA). This, too, had been greeted by enormous fanfare both from the mainstream media, and senior Welsh politicians alike.

The UK Government, though, told potential travellers to Qatar that they faced major risks, and it stated on its advice website:  “Terrorists are likely to try to carry out attacks in Qatar“. Eight sovereign nations around the world have severed diplomatic ties altogether with Qatar and in July 2017 it was reported that the state had been cut off by some of its neighbours over alleged terrorist support.

Qatar denies backing groups linked to Islamic State (IS) although it does admit it supports the Muslim Brotherhood. The emirate had refused to comply with an initial list of 13 demands, saying it would not agree to any measures that threatened its sovereignty or violated international law. But it was told by its neighbours that they wanted it to accept six broad principles on combating extremism and terrorism.

When the first flight from Doha (Qatar’s capital) was due, WalesOnline reported faithfully the words of Roger Lewis, then Chairman of CA, when he said: “This is a pivotal moment for Cardiff Airport, for Wales and the South West of England. The far reaching consequences of this service for passengers and businesses will be transformational”. The same praising word was used by the Chief Executive of CA at the time, Deb Bowen Rees, who told the South Wales Echo:  “The Qatar Airways service has been transformational…”.

In interviews, Carwyn Jones (First Minister of Wales [FMW] when it was announced) stated:  “We would like to work with his excellency (Akbar al Baker the Chief Executive of QA)“. Mr Jones tweeted that he “welcomed” the first QA flight into CA and said it represented a “huge boost” for Wales. The then Welsh Secretary Alun Cairns informed us:  “The new flight from Cardiff to Doha plugs our entrepreneurs straight into one of the most dynamic economies in the Middle East, and an airport which offers a further 150 global destinations”.

However, underlying all these remarks by politicians has been the strange disparity between owning an airport, while at the same time officials condemn attitudes which contribute to climate change.

The present FMW Mark Drakeford has proclaimed the importance of a new climate change ministry, declaring: “The environment will be at the heart of our decision-making”. His health minister, Eluned Morgan MS, announced: “Enjoy everything Wales has to offer”.

Meanwhile media outlets had breathlessly reported the (understandable) excitement of Garry Tate from Cardiff that he had reached the check-in desk of CA only to be told he could not fly to Spain because of the pandemic, yet creating greenhouse gases from flying sits uneasily with the WG’s environmental policy, formation of a climate change ministry (headed by Julie James, MS), and Mr Drakeford stressing in the Senedd Cymru/Welsh Parliament (SC/WP) that people should holiday at home.

Recent comments about CA’s performance generally on FB have been extremely critical, as well.

A further FB post from a different person was: “the situation is dire… the survival of the airport as a Civil concern is dependent on how long Mr Drakeford (Mark Drakeford – the FMW) is willing to pump our money into the place – plus a bit of luck” with a worried face emoji after the disturbing message.

The future of the airport has also been scrutinised by politicians in the SC/WP. Welsh Conservative MS Russell George, who speaks on transport issues, said: “Tot up the purchase price of £52 million, the current £38.2 million loan, and last year’s £21.2 million loan, and the airport could be in hock to the taxpayer to the tune of more than £110 million since it was bought by the government in 2013. This is unsustainable…”

Andrew RT Davies MS for South Wales Central (and leader of the Welsh Conservative Party) said:  “… this typifies how rudderless this Labour Welsh Government currently is. One minute they’re cancelling an M4 relief road that would help boost Rhoose citing environmental factors, then declaring a climate emergency, and now they’re chucking millions at an airport. Shambolic. Wales deserves better than this chaotic and slapdash management of our economy.”

It may also now be seen as ‘slapdash management’ for the taxpayer to shell out millions of pounds for an airport, amid accusations that it appears doomed, and as a budget airline announces the postponement of flights from there until next year…