A key feature which has gone unreported in the mainstream media with the news that controversial Cardiff Airport (CA) may receive another £6.8 million, after getting a ‘loan’ of £21.2 million last year, is how it throws the spotlight back on to the contentious link up with a state-run airline of a country accused of supporting terrorism.

It has emerged that Welsh ministers are considering ‘lending’ CA more millions of pounds, although officials had originally requested the huge sum of £28 million.

We are told that the Welsh Government (WG) will carry out “analysis and financial due diligence” before the additional funding is approved, and that the £21.2 million ‘loan’ last year was itself an extension on the £38.2 million the airport could already ‘borrow’ from the WG.

The money follows on from that backing for the other multi-million pound ‘loan’ by Welsh ministers, for an airport bought by the taxpayer for £52 million when Glasgow Prestwick cost the Scottish Executive just £1.

But granting the extra money to the Welsh airport has been highly controversial, even after the ‘due diligence’ process, especially in the light of CA’s association with Qatar Airways (QA).

Welsh Conservative AM Russell George, who speaks on transport issues, said: “This is good money after bad.

Andrew RT Davies AM for South Wales Central (one time leader of the Welsh Conservative Party) said:  “… this typifies how rudderless this Labour Welsh Government currently is.

But the recent past too has proved alarming.

Qatar has been the subject of a warning from the UK Government to travellers going there, and holds pariah status among many other nations.

Saudi Arabia is one of several countries around the world which have cut off diplomatic relations with Qatar, and is still smarting from Iran’s attack on its oil facilities in September; officials there also bitterly resent Iranian support for the Houthi rebels in Yemen.

The flight to Qatar’s capital Doha from CA was hugely-praised in the mainstream media, despite the fact that the troubled desert emirate has often hit the headlines.

The airport’s Chief Commercial Officer Spencer Birns has stated baldly:  “Qatar Airways (QA) are committed to the route (with Doha) and we want them to be successful”.

The extraordinary statement came as figures showed that just 6,077 passengers had used the service in June, although this too was viewed as a ‘success’ by CA because it represented a big increase on the previous year. It came after other remarkable comments. The Chairman of CA at the time, Roger Lewis described as “transformational” the link with QA.

Meanwhile disturbing headlines have also swirled around Qatar’s other alleged actvities, putting further pressure on the partnership with CA. The UK Government has told potential travellers to the country they faced major risks, and it stated on its advice website:  “Terrorists are likely to try to carry out attacks in Qatar“.

Eight sovereign nations around the world have severed diplomatic ties altogether with Qatar and in July 2017 it was reported that the state had been cut off by some of its neighbours over alleged terrorist support. Qatar denies backing groups linked to Islamic State although it does admit it supports the Muslim Brotherhood.

Qatar also hosted the ousted ruler of Sudan, Omar al-Bashir, who was convicted of corruption in a Sudanese court on December 14 but he seems unlikely to be extradited to stand trial for overseeing genocide in Darfur. It also kept silent as hundreds of thousands of Algerians protested, chanting “the people want the regime to go”. Hundreds of millions of dollars in ‘aid’ money has too been given by Qatar to Hamas, the group which holds sway in the Gaza Strip, and which has been designated by the USA as a terrorist organisation.

Qatar’s successful football World Cup bid has prompted major questions as well, putting under more strain the relationship with CA. The Sunday Times, has revealed that the tiny desert state had secretly offered £400 million to FIFA just 21 days before the worrying decision was announced to hold the 2022 football World Cup there.

Despite all these controversies, the mainstream media, senior politicians in Wales as well as executives at CA have lauded the connection with QA, and The Eye have been the only Welsh media organisation to report uncomfortable facts about the country.

In interviews, the First Minister of Wales at the time, Carwyn Jones stated:  “We would like to work with his excellency (Akbar Al Baker the Chief Executive of QA)“. He tweeted that he “welcomed” the first QA flight into CA and said it represented a “huge boost” for Wales. The then Welsh Secretary Alun Cairns informed us:  “The new flight from Cardiff to Doha (Qatar’s capital) plugs our entrepreneurs straight into one of the most dynamic economies in the Middle East, and an airport which offers a further 150 global destinations”.

The mainstream media’s response to the announcement of the new route at the time was remarkable in its ‘dynamism’, and became a target of our satirical writer Edwin Phillips.

The new flight to Qatar’s Hamed International Airport was described positively in the South Wales Echo as providing “capacity for 150,000 passengers a year, as well as significant freight capacity for Welsh exporters at around 10 tonnes a flight”. In April 2017 BBC Wales’s Economics Correspondent Sarah Dickins said approvingly:  “The new direct route from Cardiff to Doha is a reminder not just that the economy of Qatar is growing significantly but also that trade between Wales, the Arab world and beyond is increasing”.

When the first flight from Doha was due, WalesOnline reported faithfully the words of Mr Lewis when he said: “This is a pivotal moment for Cardiff Airport, for Wales and the South West of England. The far reaching consequences of this service for passengers and businesses will be transformational”. The same praising word was used by the present Chief Executive of CA Deb Bowen Rees who told the South Wales Echo:  “The Qatar Airways service has been transformational…”

It seems Mr Lewis has also transformed himself since the tie-up with QA. He is to take on a new position as president of the National Museum of Wales/Amgueddfa Cymru. 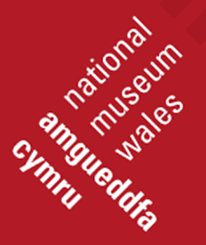 But he is no stranger to controversies.

Before his tenure at CA, he was fully immersed during a tumultuous period in charge of the Welsh Rugby Union (WRU) when his institution engaged in a fierce row with the regions, which he lost.

When he was head of ITV Cymru Wales Mr Lewis also provoked enormous anger – this time among some of his staff. One former employee told us:  “He presided over the piecemeal dismantlement of ITV Wales, with facilities and departments disappearing one after another, a process which would eventually lead to the closure of the Culverhouse Cross (CX) site.  I remember there was much ‘management speak’ about the need to move to a facility that was fit for purpose ‘going forward’”.

Yet despite this chequered history, on his appointment, the Welsh Deputy Minister for Culture Sport and Tourism, Lord Dafydd Elis-Thomas, said: “I’m delighted with Roger’s appointment as the new president for Amgueddfa Cymru”.

Mr Lewis too has apparently seen his moves in a positive light and has commented on television in the past:  “I know my success is staggering to many”. Part of that ‘staggering success’ may be that he has also threatened to place a legal injunction on The Eye to stop a previous article about him being published which he did not like, but was effectively only a pull-together of previous statements such as this.

Statements about the millions of pounds more that CA will be ‘loaned’ could also be ‘staggering to many’ – especially when the airport has linked up with a state-run airline of a country accused of supporting terrorism.

Our Editor Phil Parry’s memories of his astonishing 36-year award-winning career in journalism as he was gripped by the incurable disabling condition Hereditary Spastic Paraplegia (HSP), have been released in a major new book ‘A GOOD STORY’. Order the book now! The picture doubles as a cut-and-paste poster!