Home News Horns of a dilemma 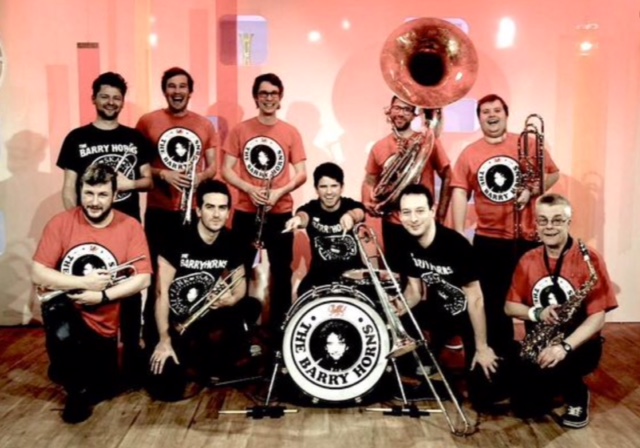 The former leader of a major political group prominent in the General Election campaign and a one time MP in her party have supported a Welsh brass band which was banned from Twitter for ‘violating rules’ by exhibiting ‘abusive’ behaviour, The Eye can reveal.

Leanne Wood, the ex-leader of Plaid Cymru (PC) and Jonathan Edwards have said The Barry Horns should be ‘freed’ despite the fact they called politician Nigel Farage a “lying cunt” said “fuck you” to Brexiteers, and declared about UK cabinet minister Jeremy Hunt “Go fuck yourself you Tory bastard“.

In defiance of comments like these, Ms Wood spoke out against the restriction by Twitter saying:  “… you ban the Barry Horns? For defending the NHS?”, this was then re-tweeted by Mr Edwards.

The Barry Horns clearly support their party because before the Twitter ban, they exhorted followers to “Join @Plaid Cymru”.

The shock news has gone unreported by the mainstream media, regardless of the PC politicians featuring strongly in the campaign, and could cause a bombshell in the General Election.

On social media The Barry Horns have thanked Ms Wood as well as PC MP for Carmarthen East and Dinefwr (before the General Election) Mr Edwards for launching a campaign to support them.

They also criticised the fact that they were ‘unfairly’ banned from Twitter soon after their song had been used in a PC election promotion.

They said on Facebook:  “We have also written yet another appeal to Twitter to try and un-suspend the account and generally try and understand what on earth is going on!  (Ps. no, we didn’t use the ‘C’ bomb!!!) (!).

In March 2017, the band were controversially barred from the Republic of Ireland v Wales World Cup 2018 qualifying match in Dublin.

At the time they said: “The Horns couldn’t wait to greet the train upon its arrival to Caerdydd. Next stop – 3 points!”.

Arriva Trains Wales proclaimed:  “The atmosphere on board was amazing with everyone in great spirits all the way down and for The Barry Horns to be welcoming the train and fans into Cardiff was the icing on the cake”.

The Welsh TV company said:  “The Barry Horns know how to get a party started, even on a station platform”.

But this is not the first time the two politicians have hit the headlines with Twitter central to the controversy.

In August 2014 Mr Edwards was forced to defend his claim on Twitter that unionists “loathe their own country”.

He came under fire for his controversial remarks, which were made in response to the televised debate between the then Scottish First Minister Alex Salmond and Alistair Darling ahead of Scotland’s independence referendum.

Meanwhile earlier this year Ms Wood was censured by the Standards Commissioner for the Welsh Assembly Sir Roderick Evans (who has since resigned), after she called a blogger “an arsehole”.

She posted on Twitter: “This is the third complaint gone in to the standards commissioner about me this year. Unprecedented. The Standards Commissioner has decided not to take any further action (on the others). I believe this is vexatious“.

She said she had refused the chance to issue an apology and “won’t accept the censure”.

Perhaps she and Mr Edwards will apologise now for supporting a group which said “fuck you” on Twitter and was banned.