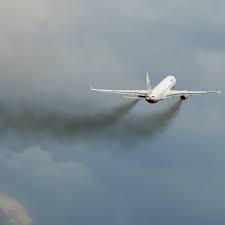 Major questions have been raised about the Welsh Government’s (WG) ownership of Cardiff Airport (CA) when the First Minister (FM) has declared: “The climate change emergency has not gone away”, it has emerged.

CA was bought by the WG using taxpayers’ money for £52 million, when another in Scotland was purchased by the government there for £1, but now commentators have queried how this squares with official policy of having a new climate change ministry in Wales.

This may prove problematic for the public ownership of CA, when air travel is a known contributor to ‘the climate change emergency’.

One expert, who closely monitors the political scene, told us: “This is incredible.  These two policies are diametrically opposed!”.

The apparent collision of priorities also highlights other recent controversies for CA, revealed by The Eye.

Enormous fanfare in the mainstream media greeted news that the Hungarian budget airline Wizz Air (WA) (although yesterday it was described as a ‘British’ airline in the South Wales Echo [SWE]) was to base itself at the troubled airport, and is to re-start flights on June 17.

But the information about the new headquarters for WA in the mainstream media, avoided the real story of the huge controversies which were swirling around it, and that the company had resorted to legal action when an anonymous source revealed how officials had allegedly slashed salaries by a quarter and sacked staff.

Our journalists were alone in raising these issues.

One report in WalesOnline proclaimed:  “Good news for holidaymakers as a budget airline has announced a new permanent base at Cardiff Airport providing flights to destinations across Europe and Egypt. Wizz Air will also create 40 jobs as it brings nine new routes in a much-needed boost for the airport.”

But an aviation critic told The Eye at the time of the announcement:  “The reality is this is just one 200 seater Airbus 321 serving the bucket and spade brigade”.

Eion Coates, the head of aviation at the European Transport Workers’ Federation (ETF), also had a slightly different view about WA from the mainstream media in Wales. He told AeroTime News (ATN): “Our biggest concern is that the company (WA) has both the money and the time to pick up all domestic routes that are now open in Europe”.

The shocking report about WA in ATN included allegations from a former pilot with the airline, that some of his colleagues had been sacked, as well as other flight crew having their salaries cut by 25 per cent, after letters were sent signed by managers at their offices in Budapest. Yet it seems that many people were reluctant to take WA to court as they were hoping to get their positions back in the cockpit, after an ‘assessment’.

Others on social media have also been sceptical, with one onlooker saying:  “Wizz is a low-cost disruptor airline”.

A former worker at CA, who said he had been at the airport for 19 years declared that he was sad to see the direction it has now taken.

Andrew Smith said on Facebook (FB) that CA was “Once a thriving airport with many overseas carriers”. He added:  “Now they have 3 or 4, which are just bucket and spade flights…….sad times”.

Another FB message from a different person was sent directly to CA and also highlighted the problems. He stated angrily:  “I resent flying from Bristol..”.

The disturbing news about WA, and the difficulties generally for CA, are also set against a worrying backdrop, with the last Boeing 747s having left the contentious airport, and executives there facing major challenges. The withdrawal of the Jumbo Jets marked the end of an era, and the potential loss of a huge number of jobs in South Wales of workers who maintained the fleet.

It came as well, after a further flight specialist posted on social media about CA that “the situation is dire”.

A few months ago the departure board at CA showed only TWO flights.

The maintenance base next door, used to look after the fleet of 30 747s which have now been scrapped, meaning a massive drop in future work.

There will be 120 fewer engines plus replacements to maintain, and the nearby facility at Nantgarw will also be severely affected – it is likely that the pilots and the long haul cabin crew could now be facing redundancy.

This will be more evidence that CA has been less than successful, and the problems have been exacerbated by the pandemic.

The airport has, though, become used to dealing with challenging headlines, and the long term outlook for the airport after the lockdown appears bleak. The specialist who analysed recent events at CA, posted on Facebook (FB) “the survival of the airport as a Civil concern is dependent on how long Mr Drakeford is willing to pump our money into the place – plus a bit of luck” with a worried face emoji after the disturbing message.

The alarming news comes amid other problems for BA, as the fleet is working at a fraction of its normal level because of the pandemic.The Cardiff maintenance base belongs to BA, although it is leased from the airport.

The passenger numbers too for CA are worrying – 1.6 million set against 8.6 million for Bristol Airport. Jet 2 have joined Ryanair and Easyjet in further expanding movements at Bristol, while CA has little or no scheduled services left. This is for an airport bought by the taxpayer for £52 million when Glasgow Prestwick cost the Scottish Governmnet just £1.

But in December 2012, the FM at the time, Carwyn Jones, had said, when the airport was to be purchased by the WG, that it should make a “return to the Welsh taxpayer”. Plaid Cymru (PC) welcomed the announcement as well, and declared that CA needed to be a “shopfront” for Wales, but the Conservatives (C) demanded evidence that nationalisation would provide value, and the Liberal Democrats (LD) warned it would become a “money pit” for public funds.

In North Wales too there could be repercussions, as BA is also scrapping many of its old Airbus models, the wings for which are made in Broughton, where officials have already announced that 3,200 workers have been furloughed and production has been cut. Details of the huge number of those who have been furloughed at the plant, came in addition to alarming revelations that 500 people were also furloughed by the contractor Guidant.

It seems that the controversies engulfing CA have also been “transformational”, as officials have said in the past, with major questions now being raised about the WG’s ownership of CA  when the FM has declared: “The climate change emergency has not gone away”…

Hot air part two is next week, when we reveal more disturbing facts about policies which sit uneasily together.

Tomorrow – more on the disturbing way the mainstream media in Wales report major news, and how it highlights the different approach of The Eye.