Our political correspondent The Rebel asks whether independence is now a likelier prospect after the Irish election, Brexit, and with Boris Johnson in number 10 backed by a huge majority.

The ‘i’ word is one that just will not go away for BoJo and staring eyes Dominic Cummings.

The election in Dublin showed an extraordinary result for the party more associated with Irish re-unification and independence from the UK than any other other – Sinn Fein.

In Scotland demands for another independence referendum are growing, with polls suggesting the nationalist party, the SNP, which governs there, doing well.

In Wales independence marches have attracted thousands of supporters and the leader of Plaid Cymru, Adam Price, said in launching his General Election campaign that it could mean the start of a movement towards “a new Welsh spirit of independence and optimism”.

In Northern Ireland the situation is especially interesting.

There, a slow demographic change is about to show that Catholics officially out number Protestants, and there would appear to be little barrier to joining another largely Catholic nation which has liberalised its laws on divorce, gay marriage and abortion.

Scotland voted to remain in the EU and could see independence as a way to re-join the bloc.

In Ireland as a whole, the picture is even more stark. 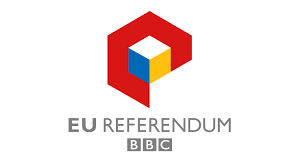 At the referendum in 2016, most in Northern Ireland also voted to stay in the EU and may now see as appealing, the prospect of joining with another member state.

EU officials, meanwhile, have said they can see no problem with a united Ireland (if it ever happens) becoming a member as an independent sovereign state.

Wales meanwhile, voted to ‘Leave’ but by a far smaller proportion than in England.

It appears the cause of Welsh independence enjoys widespread support and marches for it certainly gain a large measure of mainstream media coverage.

Boris is a firm unionist – he belongs to the Conservative and UNIONIST Party – and he has a majority of 80.

He even has a bizarre plan to link Northern Ireland to Scotland by a ‘Boris bridge’!

In January he wrote to the SNP leader and Scottish First Minister, Nicola Sturgeon, to reject formally her request for the transfer of powers necessary to hold a second referendum on independence.

She immediately dismissed the position as “unsustainable and self-defeating”, and insisted that “the Westminster union cannot be sustained without consent. Democracy will prevail.

“The only question is how long it will take the Tories and the rest of the Westminster establishment to accept that inevitability”.

But frankly this sounds more like bluster than anything else.

Even if another independence referendum is held (which is unlikely) it will be a major attraction for voters to a unionist message that it was only in 2014 that Scottish people voted decisively to stay in the United Kingdom.

In Wales the moves towards independence have even greater hurdles to surmount.

In 2019 one poll found that around 30 per cent of people appeared to support independence, but in February another survey put the numbers backing it had slumped to just 21 per cent of those surveyed with 56 per cent against, with 12 per cent saying they didn’t know.

The ‘don’t knows’ are usually divided equally, and that would put those opposed to Welsh independence at 62 per cent, which is a huge figure.

The numbers come from a population in Wales of three million, and you will see them squeezed even further during any independence referendum campaign.

The example that is always offered in support of the notion of independent small countries doing well is Iceland, which is far smaller in population terms than Wales, Scotland or Northern Ireland, yet is one of the best governed places on earth, and according to polls its people are among the happiest.

However Iceland has a huge and thriving fishing industry, but Wales doesn’t have one while Scotland’s and Northern Ireland’s are tiny.

Other factors will also come into play for an independent country.

Figures show that Scotland, Wales, and Northern Ireland, receive far more in funding from Westminster than they raise in taxes and this shortfall will have to be made up somehow.

But with the collapse (in relative terms) in the oil price, and the growing role of re-newables in the energy mix, you hear this far less now.

So the move towards ‘independence’ has a long way to go before the whole project can be shown to be viable – rather than being the unspoken ‘i’ word that won’t go away, perhaps devotion to it should instead become the “love that dare not speak its name”!