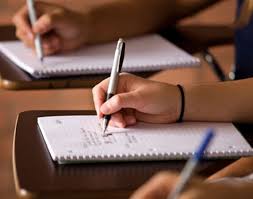 After exploring the significance of ‘experience’ and learning from mistakes, our award-winning Editor Phil Parry, continues the look back at his 34-year career in journalism, and here stresses the importance of accurate quotes.

An accurate quote is the bedrock of journalism.

On The Eye we make extensive use of anonymous quotes.

This does not mean they are wrong, simply that the person saying them does not wish to be identified.

In the 1980s I was involved in a difficult episode when I worked for a freelance agency called Cambrian News Agency in Cardiff, which made money from covering important stories and selling them to the ‘nationals’ (UK newspapers).

It taught me the importance of checking that what was said was accurate.

We were commissioned to cover the latest twist in the career of a brilliant, but fiery, rugby scrum half who played for Pontypool, whose international role was badly affected by an assault on another player.

David Bishop, known as ‘Bish’, has been described in the media as “one of the hardest and bravest players in the 1980s”.

During one match against Newbridge, a player suffered a broken jaw in an ‘off-the-ball’ incident, and he brought a private prosecution against the Bish, who received a suspended jail sentence.

This was of course, a major news story.

But, as a very green 24 year old reporter, I thought it was just a sports story.

After the court hearing, the player who had been hit was surrounded by the media and camera crews – I was covering it for most of the UK papers.

A clearly shocked victim of the assault actually said:  “I thought he (Bishop) would have got a stiff fine”.

What I BELIEVED he said was:  “I thought he (Bishop) would have got a STIFFER SENTENCE”.

I scribbled this inaccurate quote down for my report, but it was almost the exact opposite of what had actually been said.

During the day the accurate quote came through from the Press Association on the wires (they are known for their accuracy) and I realised my mistake but, stupidly, didn’t tell anyone.

For the rest of the day and most of that night I wrestled with my conscience, and frankly my reputation as a good reporter.

Should I ‘fess up or not?

If I did, then it would mean a bollocking from the boss of my own freelance agency, and we would have to contact every UK paper who had commissioned us, with the correct quote.

This would have imperilled future commissions, because we would have become known as an agency which provided dodgy copy.

“It’ll be all right – it’s only a sports story anyway”.

I went to bed resolved not to do anything, and that I would get away with it.

Blow me, the next day it was on the front page of almost every single UK newspaper, with my inaccurate quote blaring out!

From that day on I have always double-checked quotes for accuracy.

We don’t want another ‘off-the-ball’ incident, now do we?!

Also on The Eye – when crime can be useful!