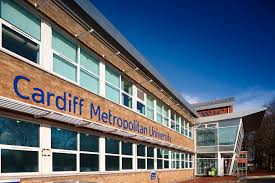 The Vice-Chancellor (VC) of a crisis-hit university in Wales where staff say mental ill-health levels have soared because of a massive expansion they claim is under-resourced, has admitted in an internal document we have seen that it has been “challenging”, while academics at her institution have told The Eye it’s “chaos behind the scenes” and anger grows that the mainstream media continues to ignore the mounting controversy.

A senior executive who it was claimed had opposed the changes has left Cardiff Metropolitan (CMU) and academics have told The Eye they believe that his departure will not be the last.

The mainstream media in Wales has refused to report the scandal at CMU, and it has caused enormous frustration among academics that it has been left to The Eye.

One of our contacts told us:  “Your latest expose has led to a feverish atmosphere here as we return from our summer leave”.

The disturbing news is set against a background of the shock about how poorly CMU has performed in the latest rankings.

The university is now ranked 108 in The Times and The Sunday Times Good University Guide 2019 – which means it has plunged 18 places in only a year.

A source of ours at CMU said it had “nose dived”.

Questions to the university about the growing crisis under legislation of the Freedom of Information Act (FOIA) have been met with a blanket refusal to provide answers.

Officials have stated that these queries were “vexatious”.

The internal document to staff at CMU last month detailing the changes has been condemned by one of our whistlebowers as “the latest attempt by our Vice Chancellor (Cara Aitchison) to persuade us all that everything is going well and according to plan, but it certainly doesn’t feel that way”.

A staff survey of Health and Wellbeing has now been carried out after we revealed exclusively it had been postponed, but the timing has been questioned by staff who claim it was conducted following our disclosure.

One said:  “(The) Eye must have hit a nerve as the VC tells us that ‘one priority is to address any concerns raised by staff in the Staff Health and Wellbeing Survey conducted last month'”.

Another of our sources criticised the calibre of some staff now at CMU, saying:  “A five year old has more technological intellect than some C Met staff… a lot of staff think storing to cloud has something to do with the weather!”.

Yet others who have been at the university for some time are praised by the contact: “There are some good staff being ‘trodden’ all over. I see it happening all the time.  (As for) media non-exposure, I guess BBC Wales will worry about ‘links’ they have with CMet and don’t want bridges burnt”.

We have also been given details of alleged “bullying” in a “toxic” atmosphere, and a different staff member got into trouble for “not eating a sandwich within the designated lunch hour” when officials from Human Resources were called in.

The event became notorious within CMU as the ‘sandwich saga’.

Another said to The Eye:  “It has become obvious amongst all of us that anyone in CMU mentioning (The) Eye is immediately under suspicion for being one of your sources.

“They are afraid of the truth about the shambles … at CMU getting out into the mainstream media.

Internal information appears to confirm what we have been told, and documents show that CMU has set an ambitious target of reaching a level of 26,425 students by 2023, an increase of 8,810 on today’s figure of 17,615, while staff claim they are under-resourced for an enlargement on this scale and students are being admitted who simply cannot cope with degree work.

The embattled VC and her key officials have begun a major structural change to accommodate the new students, but academics remain deeply unhappy.

Even as the scandal at CMU has not emerged into the mainstream media, The Eye have been inundated with desperate comments from distressed academics, and the latest says they are “demoralised and demotivated”.

One contact told us earlier:  “Staffing levels are completely inadequate.

The university responded to an earlier request for details under the FOIA completely denying information from one of our contacts that Professor Aitchison and her deputy had been placed on ‘sick leave’ as the huge changes unfolded and the drive for more students came under fire from academics at CMU.

We had also asked officials who now is in charge at the university amid accusations from the academics, that it is a “rudderless ship”. 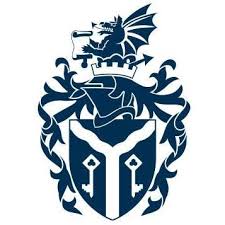 Important information about the crisis was contained in the FOIA questions.

Among the answers to questions which were refused on the grounds they were “vexatious”, was how much money had been paid out in Voluntary Severance (VS) settlements since Professor Aitchison became VC, the number of senior staff who had left under these agreements and the number of people who had been required to sign ‘gagging’ clauses.

At least the cost of these ‘non-disclosure’ clauses is not in the internal ‘update’ to CMU staff, even if it has been condemned internally for showing “everything is going well” when staff say their institution is actually in “chaos”.