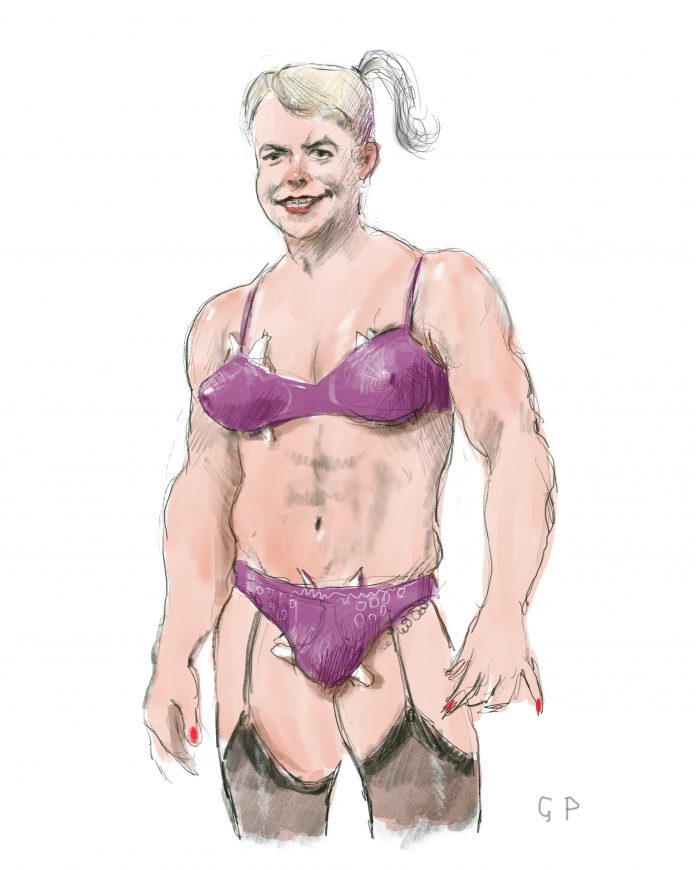 Edwin Phillips reads an internal Welsh Government (WG) email after it was revealed that thousands of pounds had been spent on a ‘Procurement Card’ for luxury items at sexy lingerie shop ‘Victoria’s Secret’ as well as stays at the ‘Raffles’ hotel in Beijing, and officials were ordered by the Information Commission Office (ICO) to comply with the law giving details.

I wish you all to be aware that we are spending taxpayers’ money.

It has come to my attention that a number of items have been charged to our Procurement Card.

Obviously yacht wear, iTunes subscriptions, ToysRUs items, stays in Raffles hotels, and a Bag4Everything, are products we buy all the time – but £1500 of Welsh cakes?!

It is no excuse that ‘Victoria’s Secret’ advertises:  “The Sexiest, Bras, Panties, Lingerie…”

(Editor’s note – no don’t imagine that).

As we have said to one particular voter who insisted on using a Freedom of Information Act (FOIA) request:   “The Victoria’s Secret transaction was made through fraudulent use of the card details by a third party.”

We have also told her (we must keep voters onside as unfortunately they pay our wages): “We have a record of one case in which a card holder used a Welsh procurement card in error and accidently to purchased (sic) personal items”.

Unfortunately the voter has not been placated by these extremely reasonable, if misspelt, assertions, and said to that irritating website The Eye:  “The financially hard-pressed Welsh public should know why these purchases were made by the WG, even if the underwear purchase has now been repaid”.

Ignore the fact that those all-important Procurement Cards which we love so much, have become, as it’s colloquially known, a political hot potato.

The Conservatives were only stirring things up by calling on the Wales Audit Office (WAO) to review their use.

After all, in 2015 we conducted our own review by the Internal Audit Service.

Disregard that we refused to publish the report – information is important, but only in the right hands.

The Procurement Cards perform an important function for us.

Some of it correctly.

Tomorrow – why, again, our questions to a leading Welsh university were refused on the grounds we are “vexatious”, after officials employed a jailed fraudster exposed by The Eye and he received a doctorate.

More jobs for the boys (and girls)