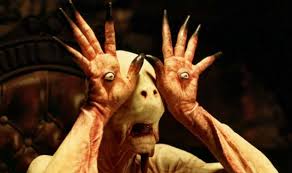 A former BBC and ITV broadcaster in Wales who now peddles conspiracy theories and has appeared as a ‘media commentator’ on the controversial Russian TV station RT, has been removed from a social media platform saying “the voice of the people” has been deleted, The Eye can reveal.

The ‘media channel’ of Anna Brees who compares herself with David Icke who claims the earth has been hijacked by an inter-dimensional race of reptilian beings, was taken down from YouTube on Christmas Day.

But Ms Brees is no stranger to controversy.

She walked out of an event where she was due to be a guest speaker after discovering it was funded by RT (Russia Today) yet she had herself appeared on one of the contentious channel’s shows a few months before, and has been condemned for showing “blatant double standards”.

One senior journalist said of Ms Brees: “This is rank hypocrisy”.

She was due to appear as a speaker at the event ‘Imperialism on Trial – Free Julian Assange’ in London and interviewed fellow speaker, the famous veteran journalist, Peter Oborne for her YouTube channel which has now been removed by officials, yet she left soon after discovering the event was funded by RT.

Ms Brees, who lives in Penarth runs a ‘media training business’, and has proclaimed on the internet: “I was a very good presenter” but says she also wants “good investigative journalism”.

Yet she trains corporations in Public Relations (PR) showing them how they can by-pass the media because, as she put it on RT “the onus lies on us… to decide what information to trust… because I have built up a lot of trust (and people come to me saying) ‘you have integrity’ (but now there is) information chaos”.

Ms Brees has announced on the internet that her journalism is “important” and that she tries to “help people navigate out of this mess (the Covid-19 lockdown)“.

Ms Brees is also keen for members of the public to give her money, and on a fund-raising platform she said she was “creating Investigative Journalism” and “My mission is to protect children, hold the media to account, and expose corruption. Every penny you donate here, will be spent on that”.

Her walk out came despite the fact that she had earlier appeared on an RT discussion show headlined:  “Renegade Inc:  Corporate Media Bust Your Trust”.

The YouTube transmission of the programme clearly stated:  “RT is funded in whole or in part by the Russian government”.

Ms Brees was at ITV for many years and latterly on the BBC Cymru Wales (BBC CW) consumer affairs programme X-Ray, but after having a child she has said on another programme headlined ‘BBC journalist exposes the dark side’ that executives “begged me to go back”.

The man she compared herself to, Mr Icke, has warned that the Archons (or Anunnaki) have taken over the world, and that a genetically modified human–Archon hybrid race of shape-shifting reptilians known as the Babylonian Brotherhood, the Illuminati, or the ‘elite’, manipulate global events to help keep humans in constant fear.

The channel Ms Brees appeared on, RT (Russia Today), has been accused of being a mouthpiece for Vladimir Putin.

The RT (Russia Today) host on the programme where Ms Brees was a guest stated that there were:  “a bunch of journalists (who) suffer from ‘group-think’”.

The memories of our Editor Phil Parry’s astonishing decades-long award-winning career in journalism which was far beyond being a ‘media commentator’, as he was gripped by the rare neurological condition Hereditary Spastic Paraplegia (HSP), have been released in a major book ‘A GOOD STORY’. Order the book now!