Home Opinion Silence is not golden! 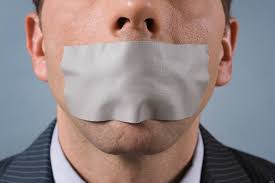 Here the Editor of The Eye, Phil Parry, explains how online attempts are being made to gag the website, after it has exposed a string of dubious practices in Wales.

Unfortunately our reporting of facts is not always welcome in some quarters.

On The Eye our journalists have spent many years bringing into the light practices which, it seems, some would rather keep in darkness.

We have exposed the actions of a Welsh university which employed a convicted fraudster, how another conman has fleeced innocent people of thousands of pounds, and that a self-styled ‘comedian’ who is behind a new ‘national’ newspaper in Wales, had been investigated by the police for alleged harassment, and made sick ‘jokes’ about a murdering gunman.

I have always believed that the best course of action, is to bring such practices into the open, so that they can then be scrutinised by the public. 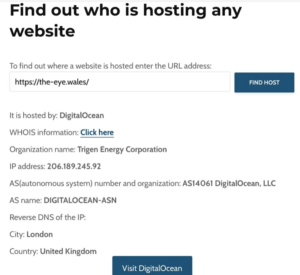 But, it seems, some (perhaps connected with those stories) do not agree.

Attempts are being made to discover the internet ‘host’ for The Eye, with a view, perhaps, to trying to get our website closed down, or to enable hacking to take place.

In many ways this is only the 21st century version of a complaint or threat of legal action, which are always an occupational hazard of any investigative journalist.

During almost 38 years in journalism, I have been forced to withstand any number of these kind of events.

This, though, seems more sinister – if only because any website like ours (which incidentally is provided for free) can be extremely vulnerable to cyber attacks.

However I remain convinced there will be little success in silencing us, because even if The Eye is hacked or erroneously closed down, other avenues will be available.

The memories of Phil’s astonishing decades long award-winning career in journalism (when attempts have always been made to silence him), as he was gripped by the rare crippling neurological condition, Hereditary Spastic Paraplegia (HSP), have been released in a major book ‘A GOOD STORY’. Order the book now!